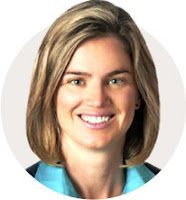 Local New Democrats will be gathering on Saturday evening to discuss a little political business and share in the spirit of the holiday season.

The North Coast NDP is hosting their Annual General Meeting and Holiday party at the Royal Canadian Legion on Saturday evening, with events scheduled to start at 6 PM.

North Coast MLA Jennifer Rice issued the invitation earlier this week and noted that special guest MLA David Eby will be in attendance, the Vancouver area MLA is somewhat of an NDP legend of late, having defeated Christy Clark in the 2013 election campaign in Vancouver-Point Grey.

The award winning human rights lawyer will be among those saying a few words on the political side of the evening before the social event gets underway later in the evening.

Voting at Saturday's AGM will be limited to those members currently in good standing with the party.

The suggested donation for attendance at the twin events is thirty dollars with RSVP's to be directed to northcoastndp@gmail.com

The Legion is located at 812 3rd Avenue West, just next door to MLA Rice's constituency office.

You can find more on the efforts of the North Coast MLA in Victoria from our archive page here.
Posted by . at 8:04 AM