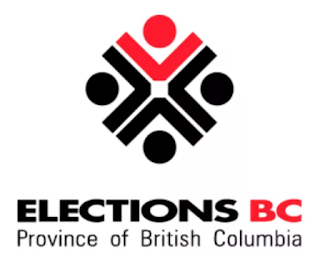 While few probably are inclined to give the issue much thought over the summer, the groundwork for this falls debate over how we will cast our vote in provincial elections of the future was put into place yesterday, as Elections BC announced the two official proponent groups yesterday.

Each group has been provided with 500,000 dollars in funding to run their public information campaigns, with a 700,000 limit on spending on expenses.

As well as naming the two proponent groups, Elections BC outlined some of the rules for the two sides of the campaign period which started July 1st and comes to an end on November 30th among the rules are:

Include their name and contact information on all advertising

Only accept referendum contributions from individuals who are Canadian citizens or permanent residents residing in B.C., and obtain confirmation and consent prior to using the contribution for referendum advertising – sample form (PDF)

Limit contributions received from any one eligible individual to $1,200

Not spend more than $700,000 on referendum expenses

File disclosure reports with Elections BC

The full range of instructions from Elections BC can be reviewed here.

The larger overview of Elections BC oversight of the referendum process can be found here.

The path towards the November mail in referendum was launched in June with the delivery of the final draft of the Two Question to be asked of British Columbians.

The Second Question is based on whether the voter has chosen the proportional representation option:

If British Columbia adopts a proportional representation voting system, which of the following systems do you prefer? (Rank in order of preference. You may choose to support one, two or all three of the systems)

Discussion on the referendum to this point on the North Coast and on into the Skeena and Bulkley Valley's has been rather muted, the debate so far limited to the various MLA's from the region.

You can review some of the most recent contributions to the discussion from the Northwest as well as provincially from our archive page here.

To return to the most recent blog posting of the day, click here.
Posted by . at 11:30 AM

Email ThisBlogThis!Share to TwitterShare to FacebookShare to Pinterest
Labels: BC Voting referendum rules