More positive news for the community's efforts to wrestle the COVID-19 outbreak under control, that as the outbreak of the coronavirus at Prince Rupert Regional Hospital has now been declared over.

The All clear was issued by Northern Health with an information statement issue earlier this morning.

Northern Health Medical Health Officers have declared an end to a COVID-19 outbreak on the Patient Care Unit at Prince Rupert Regional Hospital.
In total since the outbreak was declared March 28, there were three lab confirmed cases among inpatients, and one lab-confirmed case in a staff member. There have been no new lab-confirmed cases related to the outbreak since April 1, 2021.
Northern Health thanks patients and their families for their understanding and patience, and Prince Rupert Regional Hospital staff and physicians for continuing to provide excellent care, during the outbreak period. 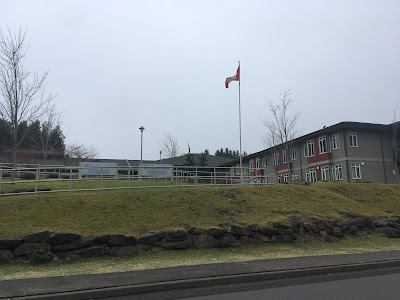 The Health Authority also outlined the status of the COVID-19 outbreak at Acropolis Manor, noting that the outbreak which began in in early April is still being monitored.
NH Public Health continues to actively monitor an outbreak declared April 3, 2021 at Acropolis Manor long-term care facility in Prince Rupert, which has also not had any new lab-confirmed cases for several weeks.
Sadly, as we outlined last weekend, that second outbreak of COVID claimed the life of one more resident of the Manor a passing which was announced on Friday, that made for the seventeenth such resident to pass away from the virus since the start of the year.
Yesterday's Data release from the BC Centre for Disease Control highlighted the ongoing success post vaccination in bringing down the level of COVID in the community, with only two new cases reported for the week of April 18-24.
The success comes following the community wide vaccination program at the Jim Ciccone Civic Centre.
More notes on Northern Health can be explored here.