Wafting essence of cannabis grows frustrating for Council, but their hands are tied by Ottawa

The topic of the lingering smell of cannabis across the city from any number of grow op situations made it's way into the discussion of the City's Official Community Plan on Monday evening.

As part of the evening's review, Prince Rupert Mayor Lee Brain outlined the frustration that civic officials have had in trying to rid the community of the enterprises, most of which have somehow slipped into place around the community through what the Mayor described as a weird loophole in Federal legislation.

The topic made for a short chapter of the hour and half discussion of a range of zoning and planning themes explored on Monday evening, with Councillor Barry Cunningham starting the conversation.

The Councillor who has raised the issue a number of times in the past, noted that at the moment, the larger issue for the community is not the commercial cannabis storefronts that have been approved in the past or may be approved in the future; but the growing level of somewhat clandestine cannabis operations in buildings and residences across the town that are sparking a number of complaints from city residents. 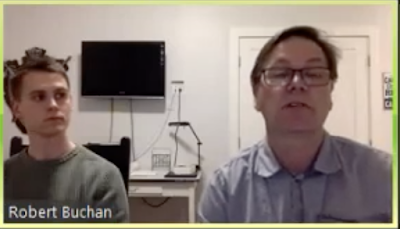 Rob Buchan one of the city's contract planners from iPlan provided the details of what the city is up against in trying to bring that issue under its control, noting how the issue has fallen into an area of responsibility that is governed by Health Canada legislation.

"There's a limited amount that the city can do in terms of regulating cannabis. The one's that I've been told about in the downtown, wouldn't qualify as commercial cannabis. And if I am correct in what I've been told, they are as you mentioned under medicinal licenses and if that's the case there is a process that they go through with the Feds. It's not the city's process, the city doesn't get to say, doesn't get to approve it, or disapprove it, it's a federal jurisdiction.

I understand however that in the federal process that there is supposed to be a referral to the city, so if that referral process isn't happening, I think we've had this discussion before, there probably should be some discussion with the Federal government about their process. But we don't have the ability to regulate the medicinal, that's federal jurisdiction, the Feds have told us what we can do and what we can't" -- Rob Buchan from iPlan 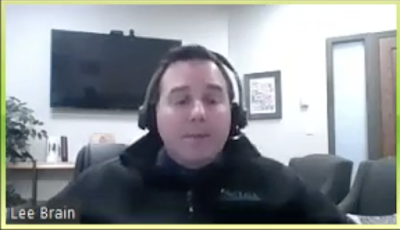 Mayor Brain picked up the theme of the conversation adding some comments from his understanding of the issue and noting how it's  a concern that is shared by many communities.

"I believe that the licences in the downtown are Personal Growth Licenses that completely bypass any municipal jurisdiction. In fact, I believe under the Health Canada Act that they actually don't have to consult the community at all, and can go into any location without any zoning bylaws, this actually is a problem across Canada that I believe the Federal government in 2021, this year, is bringing some amendments to the Health Canada Act that allows the situation to occur, because we have zero authority"-- Mayor Lee Brain

Mr. Brain further noted that the city has enacted their own zoning parameters and bylaws through the Official Community Plan to be approved that will specify that the city does not want commercial cannabis in residential or downtown which the city is legally allowed to do.

But he again reinforced that the issue is in the domain of the federal government and urged the community to make their views known through the area MP Taylor Bachrach.

"It is definitely a frustrating process for us on council's across this nation, I've talked to other Mayors who are dealing with the same problem. So this is one of those situations where we need the community who are concerned about this to contact your MP Taylor Bachrach, he is actively working on this problem ... it's a very difficult situation but it is, what it is, and I know the Federal government is aware of the problem because many communities are making the same kind of noise"

The Mayor also noted that there is not much that the city can do about enforcement at the moment, noting that they can make use of their unsightly premises bylaw enforcement efforts, which he advised was moving forward as part of their enforcement plan, with letters having been distributed and follow through currently underway.

To bring the topic to a close the Mayor reiterated Council's frustration with the Federal government on the situation and hope for resolution this year.

"I would direct the community to speak to our MP and let him know that this is a concern of yours as well as ours, we have definitely let them know that it is a concern ... I think Council is in agreement that we wouldn't want to see any commercial cannabis in the downtown or residential areas and that's why we are putting this in the zoning bylaw. I mean if we had the choice I don't think we would allow anybody to do those things in any of those buildings"

You can review the full discussion on the topic from the City's Video Archive starting at the one hour fifty five minute mark.

More items of note from Monday's Council Session can be reviewed through our Council Timeline Feature.

A wider overview of past Council discussion themes can be found here.