If you're looking for a takeaway line from Monday's City Council session discussion on the prospect of urban chicken raising, look above to the observations from Prince Rupert Councillor Barry Cunningham, who pretty well summed up the theme of some input from a passionate delegation of would be chicken raisers in the community.

The prospect of backyard chickens made for part the Public Hearing towards the OCP review process for the night, with participants from Prince Rupert and from out of town engaged in the dialogue; among those sharing their thoughts on the issue of Food Systems and urban agriculture were Christiane Chouinard and John Stevenson.
Each providing for their views on the value of such an introduction of the small level livestock  option into the community
Their participation in the forum came following a presentation from Ken Shaw, who gave Council a wide ranging tutorial on the future for Food Sustainability options for the community.
Mr. Shaw a professor at the Prince Rupert campus of Coast Community College was offered the opening spot, providing a presentation that tied in the original themes of Hays 2.0, while hailing the leadership of the City Council through their 2030 Sustainability plan and noting how in his opinion the current OCP work was a project that was far superior to the one of ten years ago.
Much of his commentary focused on food security aspects and how they could become elements of the Community Plan, all in aid towards community sustainability.
Mr. Shaw, observing how close he believes we came as a community to dodging a bullet and how we recently avoided a crisis when it comes to food resources in the community owing to the pandemic. 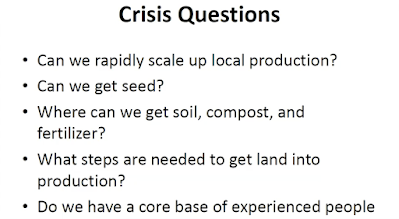 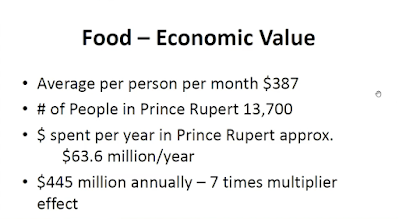 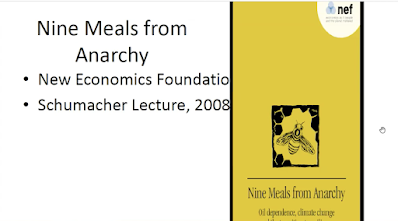 The remainder of his presentation touched on such themes as urban agriculture, home business opportunities and other elements of developing a food strategy into the future. 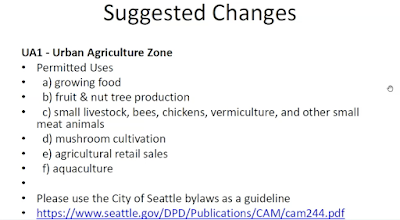 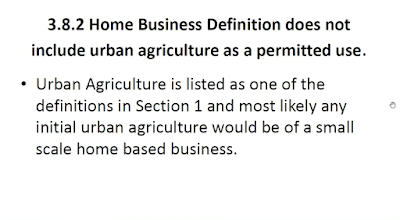 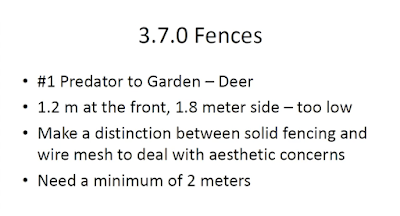 Many of the topics and recommendations would seem to be culled from the work  that he and Mayor Brain have explored in the past through their work with Transition Prince Rupert.
The presentation from Mr. Shaw, can be reviewed below starting at the 18 minute mark:

Among the range of potential topics of the Public Hearing on the OCP from the night, the Council members would pick up the discussion on Food Security later in the evening and dedicate a significant amount of their attention towards that theme, making for some extensive review.

Councillor Nick Adey spoke first to the topic of Food Security and Urban Agriculture noting that while there was a need to explore that element of future planning there was not a particular need to include it in the current OCP document, with more study and engagement required to develop a policy.

"I think I remember when the Temporary Use Permit on Second avenue came to us last month, one of the thoughts that raised was that we didn't have a lot of comprehensive language how to manage urban agriculture with respect to what can be grown, where it could be, anything around small animals and so on. And I do think that you know it's been reinforced through the public hearing tonight and through correspondence that we need to flesh that out. Having said that, I'm not sure that the practical solution to that is to have all of that happen before we do the final reading a month from now. So I'm wondering if it would be more appropriate to make a commitment that that be something that we move to include or to add given a reasonable amount of time to look at other communities and come up with something that we can put some language to?" -- Councillor Nick Adey

Mayor Brain then added to the views to the themes explored by the contract planners, suggesting a process of council designing specific bylaws towards Urban agriculture, with a thorough process to determine the right strategy for Prince Rupert.

"So I think some of the concern, I mean you know personally I've been working on local food stuff since 2010 when I moved back to town after University. And you know this kind of elusive, you know it's always  around the corner food policy that never seems to quite get adopted. So I think some of the concerns like tonight from the OCP hearing that is that we're not necessarily taking like the full actions. So personally I would like to see us move forward with that next process if that's the case and that's the recommended way to go about it and to start to actually implement some laws around these things" -- Mayor Lee Brain 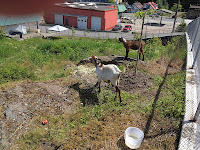 The Mayor also reviewed some of the recent community feedback from the past, the issue of the goats at the Moby Dick of last year and previous calls for backyard chickens from the community, asking the contract planners if the Council could reasonably get a policy in place before the end of the Council term of office in 2021.

Mr. Buchan offered up a positive response to that inquiry and charted how that may look for Council.

"Yes, absolutely if Council want to proceed with this and we have the resources to undertake the project, absolutely, twelve months is a reasonable time to do the process and have the bylaws in place."

Mr. Brain, while noting that he would like to discuss the theme further with the administration team around the process, continued to express his enthusiasm for the initiative.

"You know, one thing I know that people are always concerned about with an OCP and these types of things,  is a fluff document that sits on the shelf and doesn't really be adhered to. And this is something I want to make sure that we go the distance on. And I think Food Security, hearing from the public, hearing the comments I would say  it's one of the number one themes that has come out of this OCP is this topic and given that I would like to see us continue that energy ... I would love to see folks like Professor Ken Shaw involved with that you know to give us some good recommendations on how this could work for Prince Rupert in a way that's balanced .. I do see it as a high priority as well"

With a call for further input to the topic from the Mayor, Councillors  Cunningham, Niesh and Mirau shared some thoughts.

Councilllor Cunningham noted of his views on the chicken debate and hoped that the issue did not get put on the back burner. Councillor Niesh observed that there was a want for bylaws to reflect the food security concerns and a need to move forward.

Councillor Mirau added to the discussion, calling on his experience on the topic of Food Security, noting that they are quite there yet suggesting that the process needs to be consistent and cohesive and that Council should try to capture as much as they can before making any wholesale changes to the bylaws.

Councillor Randhawa and Skelton Morven also participated in the review of the topic.

The final contribution on the Food Security topic goes to the Mayor who charted his view of the future for the process, seemingly making it a pillar of acton for council prior to the 2022 municipal election.

(We'll) put a budget together on what the cost will be for something like that and then most likely  bring a resolution to enable that process at the next, or next couple of meetings  here. Just so that we know how much this will cost cause it will take planning resources and things like that, similar to what we've been doing with all these other processes. But you know I'm committed to  making sure that it doesn't get put off to the wayside, I meanyou know 2022 October is the next election and I would like to ensure we have an Urban Food policy in place before the election because I think it's important that we move forward."

The full council review of Food Security and Urban Farming themes can be reviewed from the City's Video Archive starting at the 35 minute mark.

More notes from Monday's Council Session can be explored from our Council Timeline Feature.

A wider overview of past council themes is available here.