Cow Bay Marina: Any Boat in the midst of a COVID storm

With the plans of itinerant mariners still in a suspended state from last year and not likely to change into the lead in to the summer of 2021, the city's Cow Bay Marina is taking on a more industrial look these days.

Over the weekend a number of fishing vessels were making use of the city owned facility, their use of the dock providing we imagine for a bit of financial relief for the city, which has taken a significant hit on revenues from the Cow Bay Docks since the arrival of COVID.

Originally designed as a recreational facility the Cow Bay Marina opened in February of 2016, see to welcome itinerant yachts and small cruise vessels mostly through the summer and into the fall each year.

However, the times of COVID of the last year have put a hold on bookings as Canada closed its ports to travelling vessels and British Columbians were told to stay close to home, a call that was reinforced yesterday by the Premier. 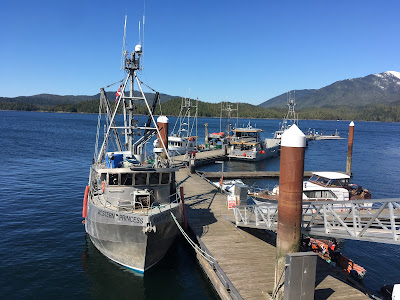 The City last posted financial results for the facility in December of 2020, with a Financial variance report from the month of October provided for Council's review. 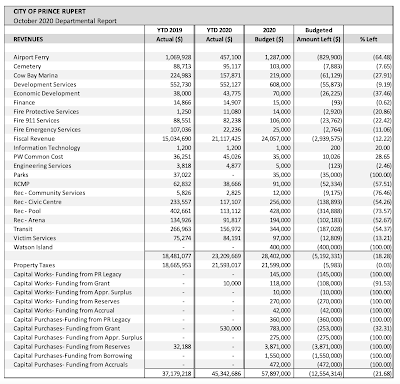 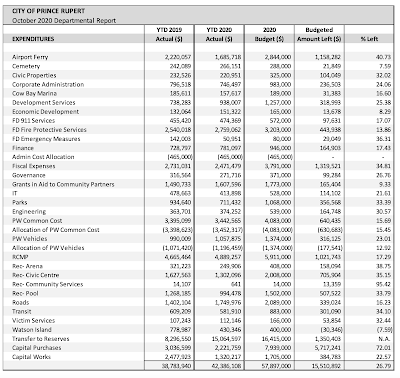 The city has yet to publish any further  Financial Variance reports to the Council agenda since the start of the year and Council members have also not made the Marina facility a topic of conversation through the first four months of their Council discussion opportunities.

That despite a few weeks of Budget consultations, where the theme might have been one for Council members to explore with the public as they sought comment from community members.

In the March Budget preview, the City's Financial Officer Corinne Bomben noted that the City would be making use of COVID relief funding for a number of cost increases during these challenging times, so its likely that could one area where the blows of COVID winds could have been lessened at Cow Bay.

As for the future, Ms. Bomben's Budget preview offered up hope for fair seas and clear skies for the Cow Bay Marina in the years ahead; with the five year forecast from 2021-2025 calling for a small but steady increase in revenues. 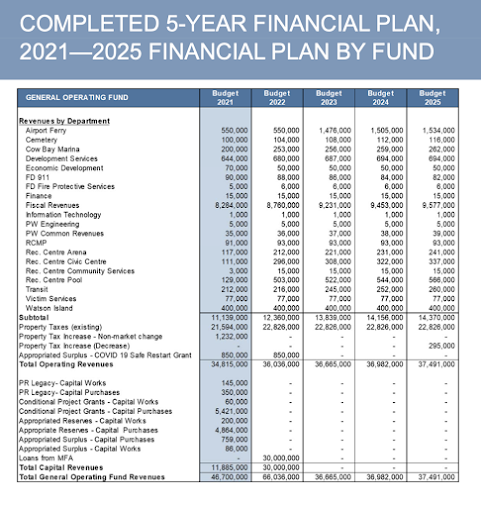