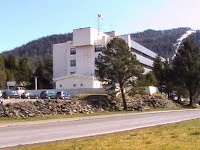 Councillor Barry Cunningham may soon have some company on the call for better health care in Prince Rupert, that following a Monday evening discussion on the theme at the end of the month City Council session.

Mr. Cunningham, has long spoken to the concerns in the region about the erosion of health care options in Prince Rupert.

And much as we have on the blog over the years, the councillor has often warned of the potential for more centralization in Terrace with the planning in place for the Mills Memorial Hospital, a topic that generated about fifteen minutes of observations from a few of the Council collective on Monday evening.

Mr. Cunningham who introduced his suggestion of a local Health Committee just shy of two years ago,  most recently reprised his call to action on the topic as part of the March 11th Council Session.

The issue came up on Monday with some comments from Councillor Blair Mirau, who noting of his recent celebrity in discussing COVID themes with the media and on social media, observed how Rupert residents were now reaching out to him to share their concerns over the state of health care at the hospital and the need for more access to specialized care. 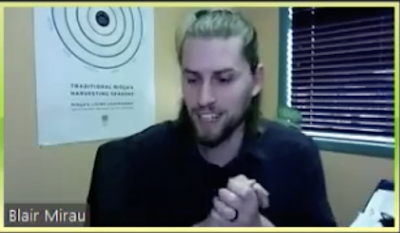 To get the conversation underway Mr. Mirau asked as to the status of the Terms of Reference for the Health Committee that Councillor Cunningham had sought to create in the past, as well as any notes he may have to share from the Northwest Regional Health Board.
"I know the world has been inundated and really focused on the COVID-19 pandemic but that does not mean that we should not also be advocating for gynecology services and dialysis services and all the things that he has brought to our attention in the past. Because I don't think we want to lose sight of the fact that we cannot allow our Regional Hospital to lose its current designation, we can't afford to lose surgery services. All of this stuff that we've talked about with Vision 2030 is not possible without a really good health care system " -- Councillor Blair Mirau
The Mayor first spoke to the topic, noting that the Terms of Reference continue to be worked on, observing of his recent focus on his newborn child and the OCP work recently concluded and other parts of the civic agenda, adding his own thoughts as to the challenges at the hospital, particularly in the retention and recruitment of staff at the Hospital. 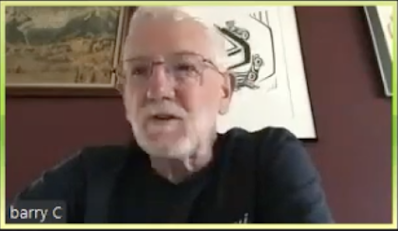 Councillor Cunningham added to the theme, noting how the committee proposal was brought to Council's attention two years ago and how it was then tabled and never brought back for discussion, adding how he welcomed the renewed attention to it and how it needs the energy of all Council to focus on the issues of Health Care.
"It's nice to see that people ... are now taking this rather seriously ...  cause it needs the energy of all council, we've got to focus on this, it's not just one or two , it's all of us have to focus on this." -- Councillor Barry Cunningham
Mr Cunningham's  observations on Regional Hospital Board suggested that its focus seems presently set on the Mills Memorial Hospital project,  the Councillor observing as how recruitment in Prince Rupert is proving to be a challenge with applicants to local positions ending up in Terrace or Prince George.
Mr. Cunningham noted how the Prince Rupert hospital is a regional hospital for Haida Gwaii and coastal communities, noting of the growing number of services that are being centred in Terrace and how Prince Rupert just gets lip service from health officials.
He expressed his concerns over making North Coast residents drive Highway 16 in the winter and how it means that some residents are passing up medical appointments because of those concerns.
Towards getting a message across he noted how provincial officials come to Prince Rupert and observe how they didn't realize the distance between the communities of the Northwest.
"And that highway, it's, it's just not acceptable that people have to drive all the way to Terrace for a two hour appointment in the middle of the winter and you know people are not taking these appointments they're not going to the theses appointments. One, for fear of driving the highway and two, the cost involved ... Even some of the ministers come up here from Victoria, "oh I didn't realize the distances between the towns and that." Well you look at map and it's only the thickness of your finger but in reality it's an hour and a half, two hour drive, it can be four hours sometimes in the winter time" -- Councillor Barry Cunningham
Mr. Cunningham also called attention to some of the services that an aging population will need and how the creation of the Health Committee would go a long way towards advocating for them. 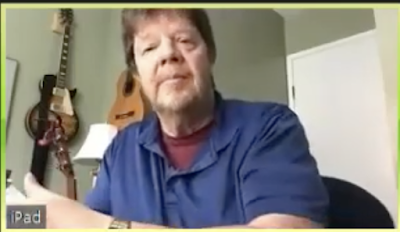 Councillor Nick Adey also addressed the topic, offering his support for the formation of the Committee to be the voice of Prince Rupert and surrounding communities with Northern Health.
Mr. Adey also addressed the housing situation and connected it to the health care concerns and how the community may be on the verge of growing and faces the prospect of losing services to Terrace and how there is a need to preserve basic health services in Prince Rupert. The councillor noting how they are manifestations of a community that is growing and how Council and community need to thread them all together.
"I want to begin with a firm statement of support for a committee that can focus on being a voice with Northern Health on behalf of Prince Rupert and the surrounding communities ... To me it's astonishing that we could be on the verge of growing significantly as a community in the terms of population and in terms of the economy and at the same time we're looking at an erosion of health services to centralized locations in Terrace ... I think that there needs to be a preservation of a basic kind of care that we should be able to get in the local community" -- Councillor Nick Adey
Mr. Adey also shared in the call for advocacy for community health services.
"We really need to stridently advocate for at the very least preservation but preferably expansion of the medical services that are available to us in this community, because we are going to grow" -- Councillor Nick Adey 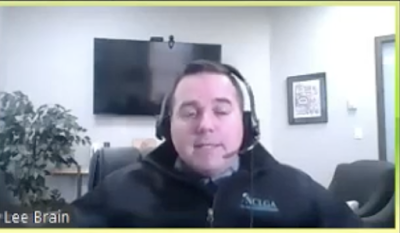 Mayor Brain closed off the discussion for the night, by noting that they would get the Terms of Reference for the Health Committee going and to try to discuss them at an upcoming Council session to get it done to move forward on the initiative.
Mr. Brain also praised the work of Julia Pemberton the Administrator at the Hospital, while also sharing some observations on the road ahead to put the hospital in the spotlight with Northern Health.
"Councillor Cunningham and I have been in regular contact with Julia Pemberton the Hospital administrator, and who I believe is actually, is doing a very good job up there actually, and she's been a much needed change at the hospital. And I think she understands the issues on the ground, understands the vision of where the hospital needs to go. And is going to work with the community to try to get the Board of Northern Health to start seeing the strategic value of this hospital in terms of the regional growth that is happening in this area" -- Mayor Lee Brain
The Mayor also noted how the civic administration and that of Northern Health have kept good lines of communication up, and how the community now needs to be part of the conversation.
While the Council members  mentioned provincial politicians and Health officials from afar, no one during the course of the discussion offered up a suggestion to request that North Coast MLA Jennifer Rice attend an upcoming Council session.
An invitation that might help to put some urgency to their concerns and perhaps gain some insight from the MLA on the record,  as to where Prince Rupert Health Care may be on the radar with the NDP government these days.
The more voices involved in the cause of building up the health service options in Prince Rupert the better and no doubt Councillor Cunningham will welcome all those who may wish to join his crusade, even if it's taken two years to bring it back into the spotlight.
But much as the Council members have noted in the past on other topics raised in the Council Chamber,  the surge of attention now directed to Health Care in Prince Rupert is something that is at least  better late than never.
The full discussion on Health Care can be reviewed from the City's Video archive starting at the thirty eight minute mark.
Further notes from Monday's Council session can be explored from our Council Timeline feature, a wider overview of past Council discussion themes can be reviewed here.
For background on Northern Health in the Northwest see our archive page here.
Posted by . at 10:12 AM