With the date now set for September 20th for Canadians to elect a new federal parliament, candidates across the Northwest will be knocking on doors, making phone calls and invading your social media streams and mailboxes over the next 36 days.

All of them seeking your vote and the opportunity to represent us in the House of Commons.

In the lead up to today's election announcement, we had been tacking the themes of the nomination process for many of the major political parties, you can review those items of interest here. 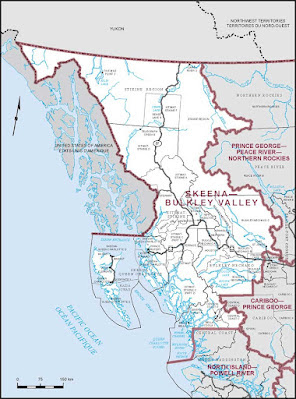 As the campaign moves forward we will track the items of note from Skeena-Bukley Valley below:

Notes on the campaign from regional sources

For a look at larger national election campaign, follow the day to day campaigning through our political portal D'Arcy McGee and our Ottawa Observations archive.