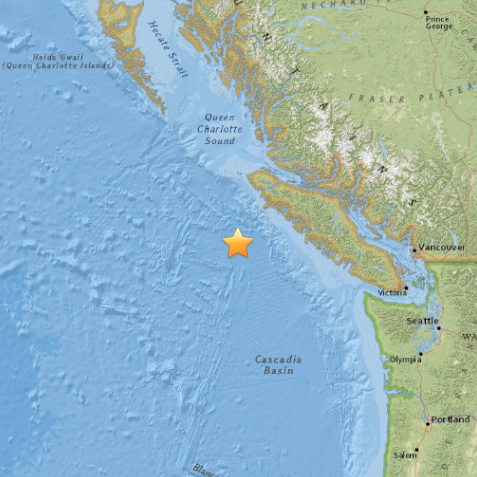 After being quiet for a few weeks, seismic activity once again has started up along the West Coast fault line, south of Haida Gwaii and west of Vancouver Island.

A 4.1 magnitude temblor was recorded at 9:19 on Wednesday, centred 190 kilometres South, Southwest of Port Hardy, it was listed at a depth of 10 kilometres.

That area has been the location for a number of similar small to medium earthquakes from December to February.

Earlier in the day,  an earth movement of similar magnitude was recorded near Juneau, Alaska, measuring 4.2 in magnitude at a depth of 10 kilometres.

You can review previous seismic events from our archive page.
Posted by . at 11:36 PM