Unless negotiations succeed today, Lock out on the horizon for CN workers this evening

The ongoing labour dispute at Canadian National shifted directions late Friday and over the weekend,  mostly made up of an exchange of media releases between the railway and Unifor, which represents a number of workers at CN.

Friday the railway responded to a planned strike vote from Unifor, advising the union that a month long period of uncertainty, while Unifor conducted its strike vote wasn't going to be in their plans, instead putting in motion plans to lockout the unionized workforce as of eleven PM tonight.

"The issues have never been clearer and the stakes are high now. Failing a negotiated settlement or Unifor's agreement to move forward with binding arbitration this weekend, CN will prepare itself to exercise its right under the Canada Labour Code to lockout Unifor's 4,800 members effective 2300 hours, Monday, Feb. 23.

We will deploy our labour disruption contingency plan, with trained management personnel performing the work of Unifor members, in order to protect service to our customers to the best of our ability." -- CN President Claude Mongeau on the railways plans should no resolution to the dispute come to pass by this evening.

For its part, Unifor outlined their position and observations related to the latest developments from the railway on Friday:

Unifor has been clear we are going to NEGOTIATE an agreement. CN cannot run and hide and quite frankly, they are reacting in a manner that suggests they would rather intimidate than negotiate.

They are changing work rules to punish workers and your elected representatives. This affects you and your family. Mr. Mongeau’s role is not to pay fair wages and benefits, but rather to create wealth for him and CN. That means that less for you and more for them. -- Part of a media statement from Unifor on Saturday

You can review the full back and forth between the two sides over the weekend from the twin media advisories found below: 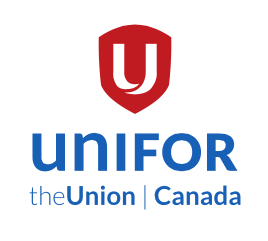 CN statement advising of potential lockout as of Monday evening

The rhetoric from both sides suggesting that there is not a lot of room left for any negotiation, when it comes to the controversial issue that launched the latest labour turmoil, that of contributions to the Unions Social Action Fund.

However, last minute discussions will take place today in Ottawa, in a quest to keep the close to 5,000 CN workers on the job.

You can review the background on the dispute from our item of Thursday.

Any potential labour action related to CN would have a number of spin off impacts on shipments in and out of the Port of Prince Rupert.

For more item related to CN's operations on the North Coast see our archive page here, we also have more background available here for Labour issues in the region.
Posted by . at 8:13 AM

Email ThisBlogThis!Share to TwitterShare to FacebookShare to Pinterest
Labels: CN heads towards a lock out of Unifor members at 11 PM tonight