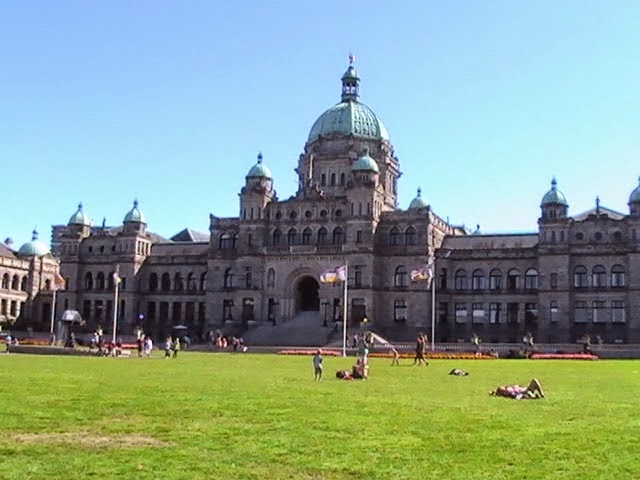 Tuesday's financial blue print from the Legislature is getting noticed more for what it didn't discuss than for what it did.  And high among the items of whatever happened to ....  is the state of the province's LNG strategy.

That was the highlight item of a year ago, as the Premier, Finance Minister and LNG Minister all outlined the positive direction that the LNG industry was poised to take the province towards.

One year later and a sharp decrease in the financial fortunes of energy companies and LNG didn't make up for much of the Budget review of Tuesday. That followed a theme of last week, when LNG didn't claim much space in the Liberal Government's Speech from the Throne.

Instead, Finance Minister Micheal de Jong focused on such initiatives as new partnerships in the maritime shipping industry, the aerospace industry and the potential of BC becoming a hub for trade with China as the path ahead for the near future.

“The diversity in our economy and export markets have insulated B.C. from the worst of the economic downturn. Budget 2015 will support further diversification by creating a new partnership with the maritime shipping industry, continuing our partnership with the growing aerospace industry, and helping B.C. businesses tap into the opportunity represented by the new renminbi hub to sell their products and services to China.”

He expanded further on his 2015 forecast at a post Budget media session:

Media observers were quick to make note of the rather muted account of the LNG file, a deflection of optimism on the timeline of potential development, that might be of more importance to the North Coast than other areas of the province.

And while LNG was barely mentioned, there were other items, some of them familiar themes that once again came to the top of the list when it comes to the Province's financial planning.

In non LNG related issues on the budget, MSP increases, education funding (and a demand for administration cost cuts) and spending on new capital projects over the next few years were counted as key ingredients to Mr. de Jong's blue print for the year ahead.

Email ThisBlogThis!Share to TwitterShare to FacebookShare to Pinterest
Labels: BC Budget 2015, February 2015, LNG in BC 2015