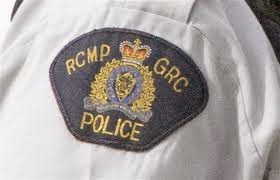 See update at bottom of page:

Few details have been released in relation to what appears to be an ongoing police incident at the BC Ferries Terminal in Prince Rupert, with BC Ferries advising through its website and social media streams that the Northern Adventure is currently holding in dock.

No further information has been made available by BC Ferries or the Prince Rupert RCMP.

Today's incident comes shortly after  BC Ferries announced a change to the weekend sailing plans to and from Haida Gwaii.

The vessel had been scheduled for a 10:30 departure from Prince Rupert for stops in Klemtu and Bella Bella.

Further items of interest on Ferry transportation on the North Coast and Haida Gwaii is available from our archive page.

More notes on the work of Emergency Responders in the Northwest can be found on our archive page here.

Update:  The Northern Adventure was cleared to depart Prince Rupert shortly after 12:30, that following a police incident at the Fairview Terminal.

The vessel is currently one hour and forty five minutes behind its original departure time of 10:30.

No further details related to the nature of the incident have been released by Prince Rupert RCMP to this point.


To return to the most recent blog posting of the day, click here.
Posted by . at 12:27 PM