Skeena MLA Ellis Ross had health care on the agenda on Friday afternoon,  with Mr. Ross speaking as part of a remotely accessed session of the Committee of Supply on Health Ministry estimates, the two and half hour session explored a range of themes across the province when it comes to Health Care.

For his part, Mr. Ross had two items of concern, the progress on the Mills Memorial Hospital project and the recent situation of the suspension of flight movements at the Terrace Airport in the overnight period this summer and the impact it has had on medical flights in and out of the city.

HIs concerns over the airport issue made for the lead off to his commentary and questions for Health Minister Adrian Dix.

Nav Canada actually shut down services to the Terrace airport during the COVID crisis, due to manpower and some other issues. I've done some digging, and I found out that they never actually consulted the B.C. government or your ministry. And so therefore, from 10 p.m. to 6 a.m. every night, we couldn't get flights out of Terrace — even air ambulance.

My only request is, Minister: could you open up a line of communication with Nav Canada to actually help us continue to be the regional centre for COVID? It kind of contradicted the idea of us being a regional centre.

Mr. Ross also made some enquiries of the Health Minister on the progress of the Mills Memorial Hospital, with a focus on the potential for labour shortages as it moves forward.

My real questions are on Mills Memorial Hospital. Is it on schedule? Is it on budget? Can we confirm that the CBA will not apply to this project? And is the ministry expecting a labour shortage, considering the COVID crisis, as well as the labour market being taken up by LNG and LNG initiatives?

The Health Minister observed for the MLA that the project was on schedule,  on budget, that the CBA would not apply to the project and that there is no anticipation of any labour shortage having an impact on the project. 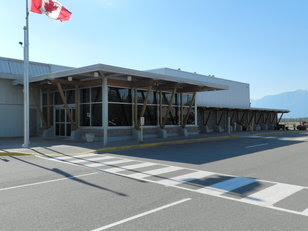 As for the concerns over the limitations at the Terrace Airport this summer, Mr. Dix observed the following:

On NavCan, I wanted to let the member know that during a phone call with BCEHS on July 20, 2020, Nav Canada announced they are reinstating night service to all affected flight service stations in the province as of August 4, 2020. They're in the process of sending out official notifications to stakeholders.

I agree with him about the concern. In particular, on May 16, there was an issue involving a patient in ambulance traffic that he may know about. We're obviously very concerned about that. We have been, and B.C. Emergency Health Services has been, in touch with Nav Canada and had that confirmation. While that's not tomorrow, it is August 4, and that's positive news given, as he says, the central role that Terrace and health care in Terrace plays in our COVID-19 response in the region.


Mr. Dix also spoke further towards the construction of the Mills Memorial project.

With respect to Mills Memorial Hospital, we are on track, on track. The project is still within its approved budget. The member will know that the northwest hospital district's contribution, because sometimes the concerns about budget is pressure on the local tax base, their contribution in this case, is 25 percent.

Which if he would not tell any of his colleagues who are in communities where they pay 40 percent, I'd really appreciate it. Just don't make them available at all. In particular, don't call the member for Peace River South, or anyone like that. Thank you.

So that's some positive news. And just to say, on the labour shortage question, the proponent we have, with respect to the modified RFP we're doing and engaging in there, hasn't indicated in their presentations any concerns with labour shortages.

The Video presentation of the Committee session can be viewed here, starting at the 2:25 PM mark

For more notes related to the MLA's work at the Legislature see our archive page here.
Posted by . at 10:51 AM