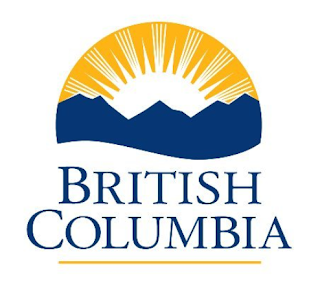 As Mary Ellen Turpel Lafond moves into the investigative phase for her report on Racism in the British Columbia Health care System, North Coast MLA Jennifer Rice is spreading the word on the survey portion of the review.

In a Facebook post on Wednesday, Ms. Rice noted that she has heard from residents of the region in the past on concerns over racism in the health care system and has called on Indigenous constituents to participate in the review process. 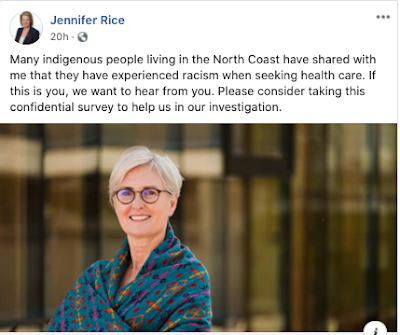 In her short commentary through her Social Media forum, Ms. Rice did not expand as to how far back those reports to her office may date back to; nor where the incidents may have taken place, or what the nature of the concerns from those who contacted her may have been.

Last week, we outlined the scope of the work ahead for Ms. Tuprel-Lafond, the call for a review came from Health Minister Adrian Dix in June, that following reports of troubling allegations that a game had been played in hospital ER's, reportedly including the guessing of the blood alcohol levels of Indigenous patients.

Mr. Dix first announced the call for the Investigation on June 19th.

More notes related to Health Care in the Northwest can be reviewed here.

A look at the work of Ms. Rice at the Legislature is available here.
Posted by . at 10:42 AM

Email ThisBlogThis!Share to TwitterShare to FacebookShare to Pinterest
Labels: Call for Participation in Indigenous Survey on racism in Health care