A decision by the Federal government to close down the building which is host to a popular hotel and lounge on Haida Gwaii has given cause for North Coast MLA Jennifer Rice to mark the end of the Sandspit Inn, while keeping a door open for what would be a hopeful a potential reversal.

The fate for the hotel which has 20 rooms and serves as the social centre for the community, was announced by the Federal government late last year, with the facility apparently destined to be demolished after Transport Canada announced its plans. 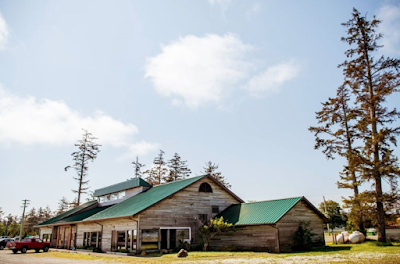 The Inn which was operated by the non-profit,  Sandspit Community Society since 2014 recently announced the closure of the restaurant and lounge at the end of June.

The Society is currently in the process of selling off much of the furnishings and other items from the hotel, lounge and restaurant.

Speaking during her allotted time in the Legislature on Tuesday morning, Ms. Rice relayed the storied history for the long standing local spot, noting not only the hotels local importance but how it provides for the tourism industry in the area.

In her presentation to the Legislature, the MLA called on the Federal government to re-examine the decision, to allow the residents of Sandspit to keep their local gathering spot.

The Sandspit Inn is an integral part of the tourism economy in Sandspit but also plays a critical role in bringing the community together as a gathering place. My hope is that the federal government could see the importance and significance of that and support the residents of Sandspit by letting them keep their inn.

Updates on the road ahead for the Haida Gwaii establishment can be found from their Facebook page.

For more notes on the work of MLA Rice in the Legislature see our archive page.

Email ThisBlogThis!Share to TwitterShare to FacebookShare to Pinterest
Labels: MLA Rice salutes the Sandspit in