With three New cases of COVID reported Friday, Council of Haida Nation relays account of reported case on the Islands and expands on State of Emergency controls in place 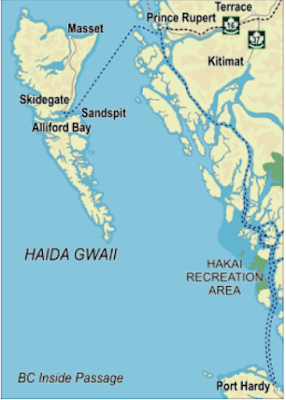 Friday night, the Council of the Haida Nation used their information portals to share word of what they note is a self reported positive case of COVID-19 on the Islands, observing that community members have been notified of possible exposure and are self isolating. 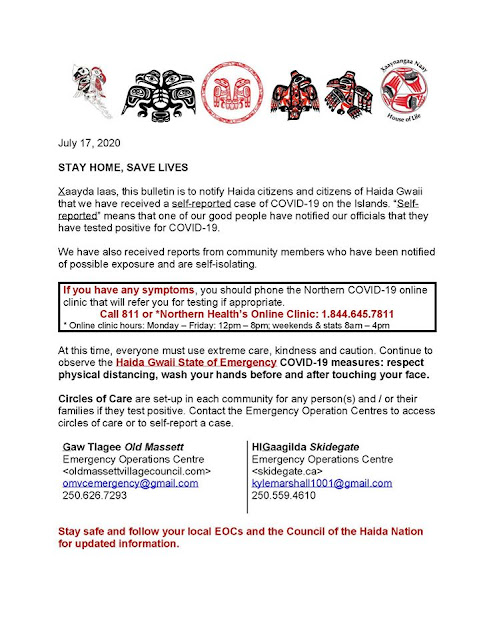 For it's part, as they have done in the past, Northern Health has not confirmed the locations of any of the three reported cases from Friday

Through a Social media posting on the weekend they remind residents of the Northern Health region of the privacy guidelines that they follow, as well as the process that is underway related to the recent advisories. 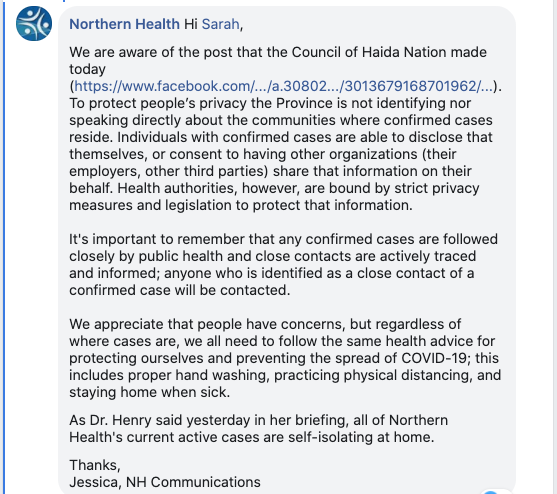 The posting from Northern Health made for a wide range of opinion on the forum before comments were stopped on Sunday.

The notice from the Council of the Haida Nation was released as the Council continues to advise of their ban on non-essential travel to the Islands.

On Sunday, the Council followed up on the self-reported positive case on Haida Gwaii, with further information on their strategy now in place.

They have also expanded on the State of Emergency control measures that they have put in place for Island communities.

The latest notes on the COVID-19 situation in the province can be reviewed here.