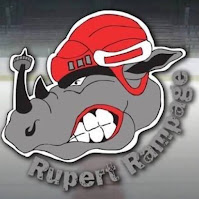 League officials held off as long as they could, but with COVID restrictions now pushing into December, the prospects for a start to the CIHL season came to an end this week as the Senior men's circuit made the decision to cancel the 2020-21 season.

The CIHL normally digs into the ice with training camps in September and an October launch for their regular season, but this year the range of measures in place in response to COVID meant that the normal starting time for the league was deferred.

The second wave of the virus now roaring across the province made the prospect of hosting home games at the Jim Ciccone Civic Centre  slimmer and slimmer as the weeks passed leading to the league decision of Tuesday.

Should the situation improve in the New Year, the Prince Rupert Rampage and its nearby rivals in Terrace and Kitimat may give some exhibition games a shot.

But when it comes to a full competitive season and quest for the Coy Cup the verdict is set and there will be no play this season, leaving the Championship trophy in the hands of the Quensel Kangaroos for another year.

For leagues such as the CIHL the ability to have paying fans in the stands is vital, it is the lifeblood of the circuit and with no opportunity to host fans in the Jim Ciccone Civic Centre and other rinks of the league , the member teams are in for a challenging situation.

Like all of us, the CIHL will have to wait to see how things evolve in 2021, with hopes that by the time the first ice goes into the Civic Centre in August, the prospect of a full season will be one to put some excitement into the town and prepare the loyal fans of the Rampage for another run for a championship.

For now, the team remains fairly involved in the community, while also putting in some time on the ice to keep the skating legs in motion, you can follow what the Rampage players are up through their Facebook page.