It was class assignment day for the successful candidates of the 2020 Provincial election, with Premier John Horgan announcing 20 members of his cabinet circle, along with four ministers of State and 13 Parliamentary Secretaries.

The Premier was working with a bounty of 56 other elected Members on the New Democratic side of the Legislature, making for a fair bit of reading and thought when it came to filling out his roster for the start of the four year term of office secured on October 27th.

In his roll out of the team for 2021 and beyond, the Premier made note of the impact of  COVID and how the group he has assembled is ready to tackle the challenges ahead.

“The pandemic has turned the lives of British Columbians upside down. We have come a long way together, but we have much further to go. This skilled, diverse team is ready to continue our fight against COVID-19 and build an economic recovery that includes everyone.” -- Premier John Horgan 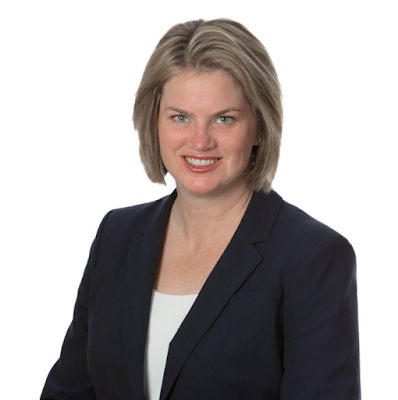 For long serving North Coast MLA Jennifer Rice who was first elected to the Legislature in 2013, the new job will be the old job, with Ms. Rice holding steady in the role of Parliamentary Secretary for Emergency Preparedness.

The lack of a promotion for Ms. Rice to the Ministry level may be a bit of a disappointment for the 4,544 voters of the North Coast constituency, who made up near 73 percent of those who cast a ballot on election day for Ms. Rice. 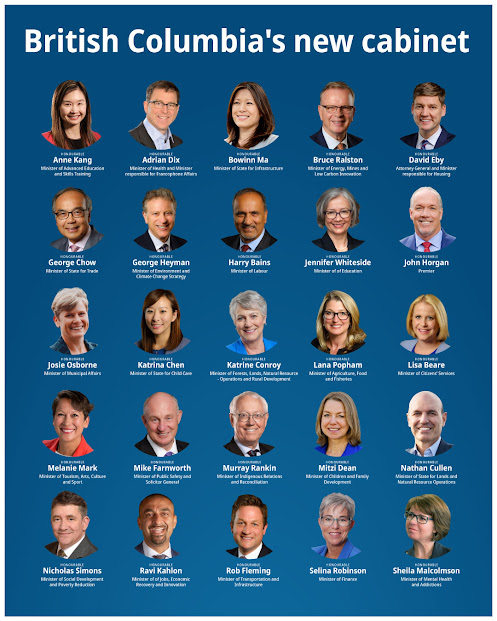 Around the Cabinet table will be two former MP's who returned to British Columbia and now have found their way into the Premiers inner circle, among them is Nathan Cullen who won election in Stikine and now will serve as the Minister of State for Lands, Natural Resource Operations.

Murray Rankin will take on duties in the Ministry of Indigenous Relations and Reconciliation while the third member of the Ottawa trio Fin Donnelly gets Parliamentary Secretary duties  in Fisheries and Aquaculture perhaps a position that was pre-destined owing to his first name.

The key Finance portfolio has been assigned to Selina Robinson who will have huge shoes to fill from former Finance Minister Carole James.

A few other intriguing notes from the cabinet making is the departure of Rob Fleming from Education, who now takes over Transportation and Infrastructure.

Adrian Dix remains as Health Minister and will get to practice his Français a bit more as Minister for Francophone Affairs.

David Eby has kept his position as Attorney General and takes on duties as Minister responsible for Housing.

Public Safety and the Solicitor General duties will remain in the hands of Mike Farnworth.

A name familiar to the Northwest in Melanie Mark will see a move on to new duties taking over the Tourism, Arts, Culture and Sport portfolios.

Municipal and Regional Government leaders across the province will want to pick up a Good Luck at your new job card for Josie Osborne, who has been awarded the Municipal Affairs position.

You can review the full list of cabinet members and those in other positions here.

The video presentation of today's ceremony from the Legislature is available below:

(Click on the Facebook link in the screen to go to the video)
The Premier also spoke to the media following today's event, his comments on the creation of the cabinet and other themes can be reviewed below

For a wider overview of today's cabinet announcements, see our political blog D'Arcy Mcgee and our Victoria Viewpoints archive, which culls items of note from across the province.

We should have our entries updated for tonight by 11 PM.

Further background on the Legislature and our notes on the Northwest can be explored here.