American Thanksgiving is known for its football, for college basketball fans the holiday period is also one full of hoops action and this week, the Utah State Aggies were on the road to South Dakota for their first significant tourney of the early season.

The Mountain West team heading to the American Plains and the Bad Boy Mowers Crossover Classic, which has been underway this week.

The Aggies roster includes former Charles Hays Rainmaker Liam McChesney who is coming off a red shirt year to see some game action with his NCAA team mates.

Those Rainmaker fans doing a little channel surfing on Thursday may have caught some of McChesney's steps out on the big stage of NCAA basketball, with the Aggies game broadcast as part of the Thursday evening college basketball programming on TSN.

The game was the second contest for the young Rupertite  who did not see a lot of action in the first game on Wednesday, put in for just a short burst of activity in the tournament debut.

Thursday night McChesney gained just over four minutes of court time at the end of the game with South Dakota, making some impressive defensive plays and looking confident when bringing the ball out of the Aggies backcourt and into the offensive zone at Jackrabbits end of the court. 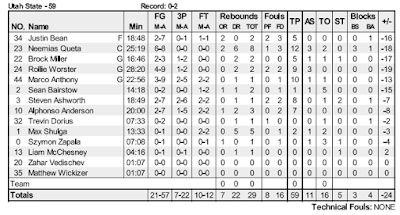 The Aggies have one final game left in their trip to South Dakota, looking to avoid dropping their third game of the event in an afternoon contest with Northern Iowa at 1 PM BC Time

The South Dakota tournament served as a warm up for the Utah State squad as they prepare for the conference play which begins in December. 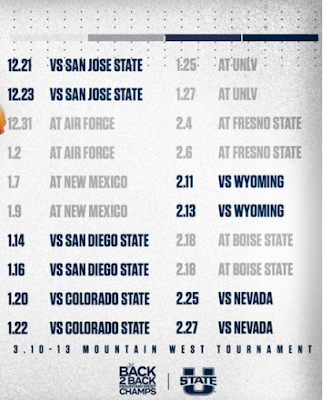 The goal of course, that of a berth in the March Madness tournament, which NCAA officials hope to stay on track for through the rest of this year and into 2021, with a range of COVID related protocols in place to try and navigate the regular basketball season.