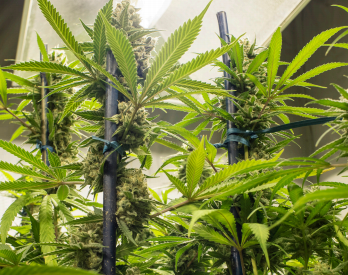 While the most visual element of the legalization of marijuana is the growing number of Cannabis Stores in the city, a deep inhale of the air in the downtown area and other areas of the city, indicates that something else other than retail sales is up in the city, with what appear to be a number of hidden from view grow op locations popping up around town.

The topic of these mysterious and out of sight urban agricultural opportunities even made it to the Mayor's social media platform on Facebook, with a question or two from some of his regular readers on the issue. 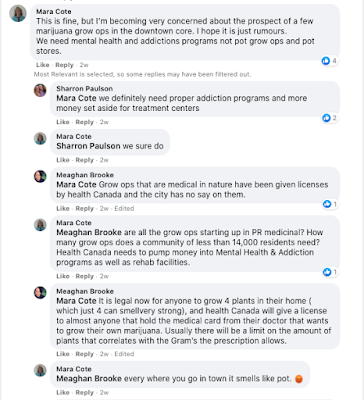 To date however, the Mayor has not offered up a response to the quesitons and concerns that were posed to his social media portal.

The downtown area does seem to offer the perfect elements for an industrial like process for a hidden grow op, with a number of buildings that have been vacant for a number of years, some of them previously used for such undertakings in the past. 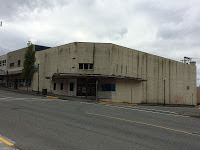 And on any given day, you may find a BC Hydro crew working in a back alley installing additional hydro equipment behind some of those long vacated buildings, even if it may appear that the doors to those buildings still aren't open to the public with no indication that a new business is about to open.

Council did receive a heads up on the potential for an increase of such projects three years ago when Councillor Barry Cunningham relayed some concerns that he had received from the public related to what the Council referred to as medicinal grow ops of the time.

We would imagine Mr. Cunningham and maybe a few more of the Council members have heard more complaints in the three years since, considering the growing chance of receiving a contact high simply by going for a walk through the downtown core.

Part of the problem seems to be some permit loopholes with Health Canada that may need to be tightened up, or local measures put in place to try to stem the gold rush mentality towards such ventures.

With a City Council session coming up on Monday, the Council members have a good opportunity to share some background on the current situation, outlining just how many of these locations that they may know about, if any, who may be behind them and what if anything they can do to perhaps reign in the Wild West approach to urban indoor farming.

If the Council really wanted to provide for a full overview, they might want to include some representation from the local detachment of the RCMP and the Prince Rupert Fire Department to offer up any thoughts on the impact of such types of activity and if there is a problem that needs to be addressed and if Council has any guidance for them on the topic.

Council could make use of that combined counsel from their local sources, to determine if there may some approach that the City could take to find a way to slow, if not reverse the prospect of this type of use for commercial buildings in the community.

Prince Rupert however, may not be alone in the sudden increase of clandestine growing operations, a quick scan of some headlines from other parts of Canada seem to indicate that the issue is one of concern for a number of municipal governments.

If indeed Prince Rupert has become some kind of hot spot for such kind of activity, City Council may want to get out ahead of the residents on the topic; lest too many of the operations begin to dominate the commercial core and the air around it.

The danger in not calling attention to an issue, or taking action towards is that it emboldens those that may think that the path is clear to set up their own operation with little fear in having their venture shut down.

More notes on past City Council Discussion themes can be explored here.