Dumpsters, Shopping Carts and a pile of rubble 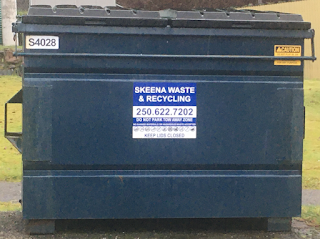 The theme of cleaning up the city made for some of the conversation at Monday evening's City Council session, the topic making for the current of discussion a few times during the course of the council members 50 minute gathering of earlier this week.

The commentary was introduced by Councillor Nick Adey who recounted his travels around the downtown core area and the discovery of an unsecured dumpster.

A situation which had provided for a an 'incredible mess' of garbage to be strewn around the immediate area, the culprits as Mr. Adey noted was the local bird population.

Towards his concerns he had two questions for staff.

"Do we have regulations in place that would require the secure closing of dumpsters and given that this didn't take place, who cleans up the mess"

Corporate Administrator Rosa Miller observed that the City does have bylaws in place related to securing dumpsters, asking the councillor to forward her more information for further action.

Mayor Brain noted that in the case of clean up it most likely was the city that handled the task. 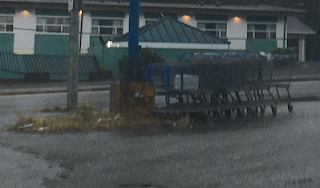 Councillor Niesh followed up on the theme, with his own observations related to the volume of abandoned shopping carts that are being found around the city, a problem he noted which has been a long standing one in the community.

"That same area is having a big collection of shopping carts used for packing bottles and we had this problem a few years ago and I know at one point the city staff was actually picking up these shopping carts and we were I think taking them to the city works yard and charging some kind of fee, so I'm just wondering if this is something that we can look back into again"

Mr. Niesh also noted that council may consider a bylaw to instruct local stores to install coin based locks for their carts, something he believes would address the situation.

"This is just one further nuisance to our downtown and here we are tonight discussing how we want to make our downtown better and on the other hand we need to also be proactive in enforcing our bylaws. Whether its nuisance bylaws by you know getting people to make sure their dumpsters are clean, making sure that their garbage is not spread out all over the place, making sure there's shopping carts not spread out all over the place. And just in general cleanliness in alleyways. I think that we need to do our part as a city also in enforcing some of this stuff, if we want to encourage these developers to come to our downtown and start building nice new buildings and they don't want that stuff around"  -- Councillor Wade Niesh on the cleanliness of the downtown core area

Towards that topic, Ms. Miller that Bylaw office was aware of the situation and working to address it.

Mayor Brain took advantage of the conversation to make note of one of the elements of the new Downtown Tax Exemption and Incentive plans towards revitalization, observing how the City has plans to deliver two letters to downtown business operators related to the initiative.

One to introduce the program and promote the incentives that will be offered, the second one that will remind them of their responsibilities towards the appearance of their properties and the potential for punishment should they fail to keep up to the city's standards.

"After the incentive bylaws, if council chooses to go forward with them there will be two letters sent to every business in town. One letter will be what the new incentives are about that there is a carrot now for them. But also another very pointed letter that it's time we're going to now be moving forward with further enforcement with our bylaws in the downtown because it's definitely time to clean up the downtown. And it's time to start motivating building owners that it's time to keep a certain upkeep with the buildings. You know this isn't 2005 anymore and you're right if we're going to start to get developers here and the town's going to start moving forward it's time for everybody to pitch in and so we're going to have those two letters out hopefully by the end of December and start to move forward in 2021, cause I think we're going to have a huge year in 2021 for this community." -- Mayor Lee Brain

While as the Mayor noted it's clearly not 2005, it's also not 2014, which is when the majority of this council first took their seats on Council.

And since that time the call for a clean up of the downtown area  has made for a frequent topic of conversation since they and those who joined council in 2018 all took their oaths of office.

However, as the issue remains a constant source of discussion, it's clear that not much in the way of action has taken place towards those frequent calls to do something.

While they cast their gaze towards shopping carts, dumpsters and unsightly buildings and the promise of a grand clean up, it should be noted that once again at a public session, none of the council members on Monday night brought up the topic of what is now a near two month pile of rubble in the heart of the downtown core. 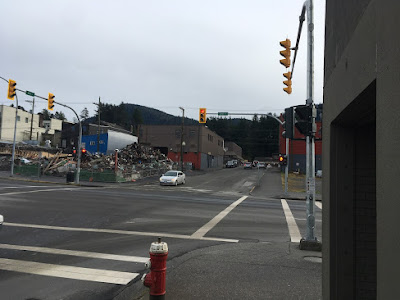 The location is the aftermath of the October 6th fire at the corner of Second Avenue West and Sixth Street, and has remained in its current condition since Prince Rupert Fire/Rescue rolled up their hoses and returned to the Fire Hall.

Earlier this month the City effected a small clean up of the sidewalk and Sixth Street which had been closed since the fire.

However, the larger topic of when the actual site will be cleared has never been brought up by anyone on council, nor has any explanation been offered as to why the site remains a pile of rubble.

If the city is looking to improve how the community looks, the visual of a half of block of rubble greeting arriving airline passengers and continuing to exist on the city's busiest thoroughfare might be a good place to get a start.

You can review the topics that they did discuss on the downtown core from the City's Video Archive starting at the 53 minute mark.

A wider overview of past City Council themes can be found from our Council Discussion archive.