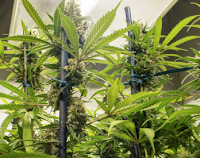 A city resident has given voice for council to some of the concerns circulating in the community about the prospect of cannabis grow ops sprouting up in the downtown core.

That through a contribution to the Monday session from Prince Rupert resident Terry Sawka with Corporate Administrator Rosa Miller reading a transcript of a phone conversation she had with him on the topic of grow ops in the community.

As we outlined last week, the topic has become somewhat of a current of conversation around the city including the range of social media feeds that reflect community concern. 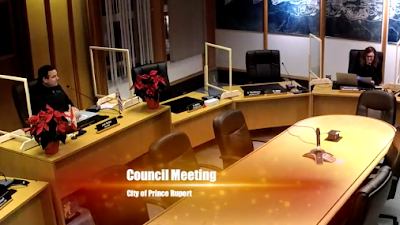 On Monday, with the public excluded from the Council session and new protocols in place towards participation in the Committee of the Whole process; the Corporate Administrator advised that that one phone call had been received, that from Mr. Terry Sawka towards the issue.

Ms. Miller noted that in the conversation that Mr. Sawka had outlined that under Federal Health guidelines that notice of these grow ops must be provided to the local authorities, the fire hall and the RCMP and asking if such notice has been provided.
"These grow ops being permitted in the downtown core are having a particularly negative impact on local business. Grow ops may have their place in the community but not within the downtown" -- Prince Rupert resident Terry Sawka with a submission for Council's Committe of the Whole Monday Night
Towards the inquiry, Mayor Brain asked if the City had any comments for that concern.
Ms. Miller advised that staff had been in contact with the RCMP and are working on the issue. There was no follow up information outlined related to whether local community officials, or the Fire Department had been provided any notice related to any grow ops.
The Mayor followed up by observing that they have a process in motion for the issue.
That for the most part was the extent of Council's engagement on the topic, with  Mayor Brain offering up no further background related to the process underway, or if Council intended to follow up with a public review of the issue and what the RCMP discloses for them related to it.
Nor did he observe if they have any plans to ask both the RCMP and The Fire Chief to attend Council to provide a public overview to answer the concerns expressed.
The topic also did not seem to resonate much with the other members of Council, with none of those participating by phone picking up on the theme of Mr. Sawka's concerns later in the evening, despite the availability to do so as part of the portion of the session set aside for Council comments.
You can review the short exchange related to the submission from the City's Video Archive starting at the beginning of the meeting.
More notes related to Monday's City Council Session can be found from our Council Timeline Feature.
A wider overview of past Council themes is available from our Council Discussion Archive page.
Posted by . at 11:17 AM