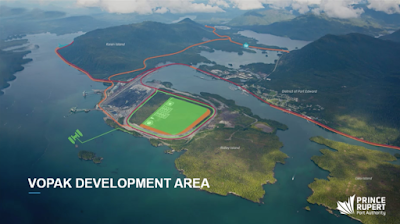 The first of two Virtual Open Houses for the proposed VOPAK shipment terminal on Ridley Island took place on Tuesday night, with a roster of Port, environmental and VOPAK officials providing the overview of how the environmental review process will move forward and what the project will look like should it gain approval.

The two hour presentation featured segments from the Prince Rupert Port Authority and Environmental Assessment Office which explained some of the themes towards the EA process and how the public can participate in the project review. 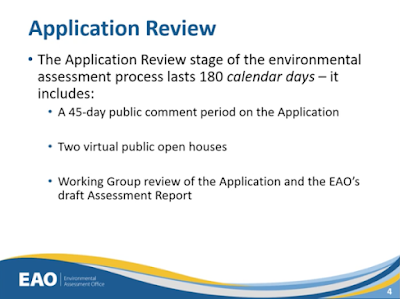 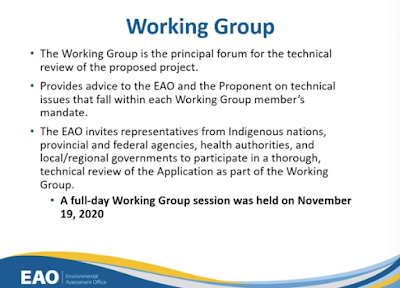 VOPAK officials provided the larger overview of the elements that make for their plans for the Ridley Island Industrial site.

A slide show which was part of the presentation delivered an extensive review of the scope of the development and looked to answer many of the questions that residents may have about the proposed development. 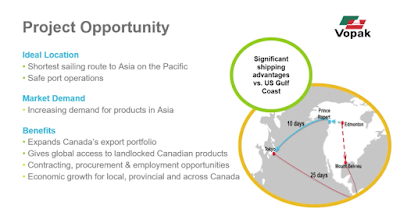 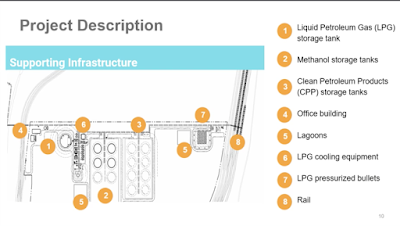 VOPAK officials noted that they have already made some modifications towards their design plans based on feedback and research that they have received to date. With the plans for the shipment jetty having been redesigned to extend the docking area further offshore. 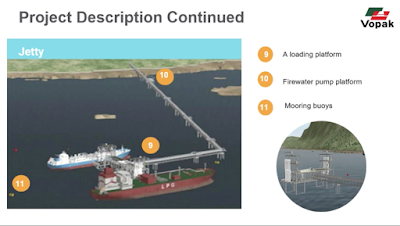 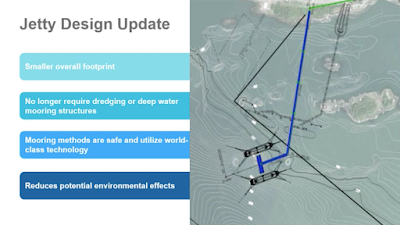 When it comes to employment and training opportunities related to the project, VOPAK noted that up to 250 construction jobs would be created as well as 40 full time positions for the finished terminal. They also made note of training opportunities that they plan to put in motion in association with Coast Mountain College. 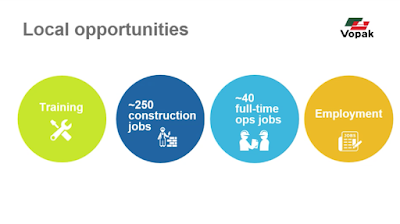 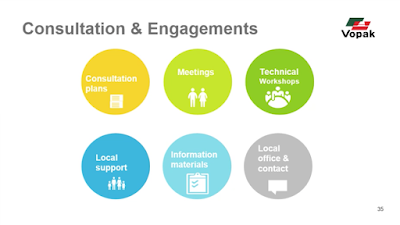 As part of the Open House, an explanation of what products would be stored on site provided some background on the three key elements for the terminal of Clean Petroleum Products, Liquid Petroleum Gas and Methanol. 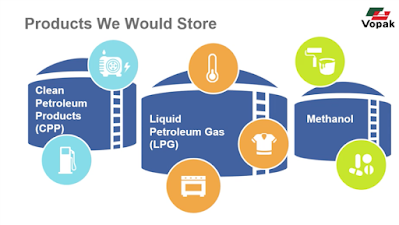 How those products will be transported and the volume of shipments was also explained as well as the anticipated market demand for the products and the nature of Transportation Safety. 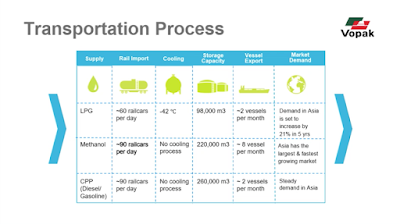 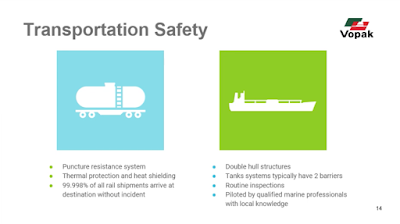 The final portion of the evening was put aside for questions from those viewing the Open House and those participants explored a range of topics.

Among them concerns over the volume of rail traffic that would be generated by the project, the economic benefits of the project for the region, what kind of mitigation measures are planned and whether the provincial and federal reviews will be integrated at the end of the process.

The Timeline for the project was also explained a process which if all approvals are received would see construction begin in the fourth quarter of 2021. 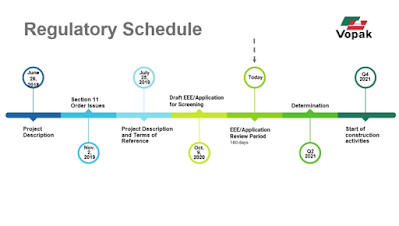 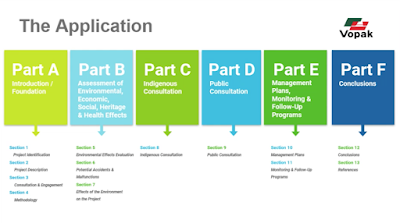 VOPAK also has plans to open a local office in Prince Rupert in the New Year, which will allow for more opportunity to learn more about the project and explore some of the opportunities for local residents should it be approved.

You can review more on  Tuesday's session here, the second and final Virtual Open House will take place tomorrow evening.

You can join in on the review of information from this link.

The Open House will get underway at 5:30 PM.

The Open houses come as the 45 day comment period is underway, that opportunity to provide feedback or express concerns will come to an end on December 30th.

Those with an interest in the VOPAK proposal can review the BC EAO information page here.

As well, VOPAK has its own information page related to the proposed terminal development which you can review here.

The Port of Prince Rupert also has some background for review on the project, which you can access here.

For more notes on the path so far towards development of the bulk liquids storage and marine export facility see our archive page here.