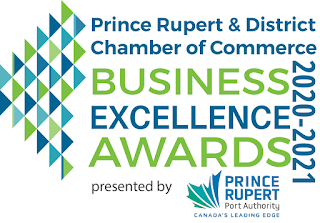 The online nomination opportunity for the twelve categories listed for this year began to accept submissions on November 21st with the window to submit your nomination open until Midnight on December 19th.

The Awards, which are a partnership between the Chamber and the Prince Rupert Port Authority will turn the process over to voters in December through February. 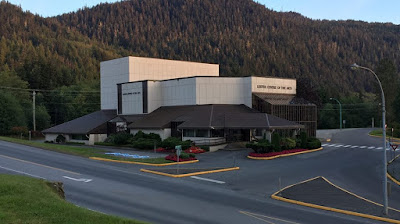 How the Awards will be handed out is still to be determined, in more normal times the celebration of Business Excellence would be part of a Gala Event hosted at the Lester Centre normally in February.
The always highly anticipated showcase event that brings the Business community together for a night to share in their success and to offer recognition to those who have made a mark on the community.
However, the ongoing COVID situation has made for the end of such large gatherings for now, leaving how the Prince Rupert Chamber will address the theme still to be announced.
Before those decisions have to be made however come the nominations and then the voting.
Among the categories for consideration this year:

You can submit your nominations and see which local businesses have already been included in the roll call of the nominated from the Chamber website portal which you can explore here.
To learn more about each category click on the links provided on the Chamber page to explore the categories further.
Of note from the list above is a new category, one that truly reflects our current times with the Excellence in Responding to Unexpected Challenges.
The criteria for consideration for the award notes of the ability to show resiliency and innovation in the midst of an unforeseen challenge and how their approach could serve as an inspiration to the Prince Rupert business community. 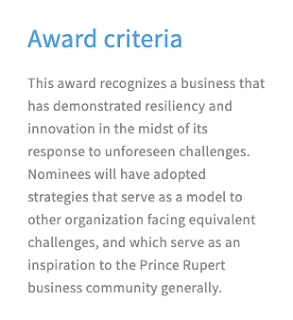 The ability of the local business community to show its resolve in the midst of the last year of COVID was captured by Chamber President Michelle Boomars-MacNeil who noted:
“The businesses in Prince Rupert, Port Edward and neighbouring communities have demonstrated unbelievable creativity and resolve in the midst of this year’s COVID-19 obstacles. There is more reason than ever to recognize the organizations and individuals that go above and beyond to sustain our community.”
Those participating in the nomination process are reminded that even if a business you want to nominate is already listed, you can still log on to show them your support and add some thoughts on the level of service they provide to the community.
The finalists in the thirteen categories and online voting will get underway in January, with the announcement of the winners to come in February.

More details on the voting process to come and how they may be approaching the Awards Gala program during COVID will be coming shortly from the Chamber.
To get updates on the nomination process and the Awards program see the Prince Rupert and District Chamber's Facebook page.

For more items of interest on the region's Commercial sector see our archive page here.
Posted by . at 9:34 AM