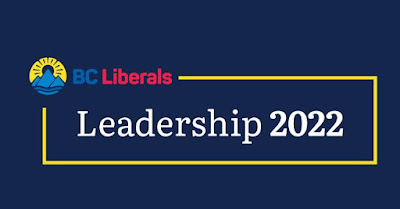 The recently announced campaign by Ellis Ross to become the next leader of the BC Liberal party will apparently be a marathon run, as opposed to a short sprint.
That as the party sets February 5th, 2022 as the date when they will select the replacement for their most recent ship's captain Andrew Wilkinson, with the party looking to find the right candidate to put them on a footing to challenge the NDP when the next provincial election rolls around in four years time.

The party has also provided for a Frequently Asked Questions portal on their website, which looks to provide more information on the process ahead.
The list offering some guidelines for those that may wish to seek the leadership and make the near year long run to the top of the party's email chain of command.
Mr. Ross the MLA for Skeena  and current opposition critic for Environment and Climate Change Strategy declared his quest for the leadership on February 18th.
So far he is the only declared candidate to jump into the race.
We've created an archive to track his campaign which you can review here.
Further notes on the provincial political scene can be explored from our political blog D'Arcy McGee.
Posted by . at 1:58 PM