Former BC Liberal leader Andrew Wilkinson finally submitted his official letter of resignation, though he has for the most part been off of the party letterhead since the fall election when the NDP was returned to a majority government.
Since then, the party has put together its leadership organizing committee and installed Prince George MLA Shirley Bond as the interim leader, all while they awaited the correspondence from the former leader that he was taking his leaver of the leadership. 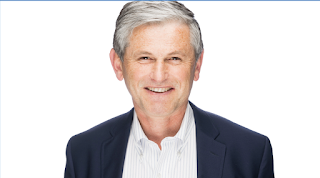 The letter of resignation from Mr. Wilkinson was delivered Tuesday and that now starts the clock towards a new leadership convention and a new face to lead the party through the next years of Opposition in hopes of a return to power in 2024.
While the Tuesday letter has not bee released yet, a previous statement from November of last year provided for Wilkinson's first farewell on the three month transit out of the leadership.
So far there have been no official declarations towards seeking the job, but lots of rumours and exploratory moves in motion, including reports that Skeena MLA Ellis Ross may consider taking a run for the top position.
Acting President Don Silversides has advised party members that a meeting of the party executive will take place within a month, that group will then decide on the date for the leadership vote, something which will have to take place before February 16, 2022.
Well known around Prince Rupert, Mr. Silversides took on his position last month as part of a seven member committee to steer the BC Liberals through their leadership process.
You can follow along on the path of the BC Liberals as they move forward with their leadership plans through their website and Social media streams
BC Liberal website
BC Liberal Facebook
BC Liberal Twitter
For updates on how the province's news media is covering the Liberal planning follow our political blog D'Arcy McGee.
Notes of local interest on the provincial political scene out of Victoria can be explored through our Legislature archive page here.
Posted by . at 9:25 AM