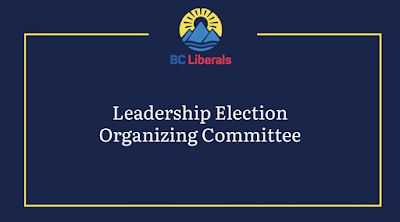 As they look to replace Andrew Wilkinson as leader of the BC Liberal Party, a familiar name in Prince Rupert will take on a leadership role for the party; with Don Silversides now serving as one of seven members of the Leadership Election Organizing Committee.

The seven will take on the duties related to the administration of the upcoming leadership race and as part of that participation have pledged to remain neutral throughout the leadership process.

The other members of the Committee include:

Co-chairs Roxanne Helm of Victoria and Colin Hanse of Vancouver, also serving will be Derek Lew of Vancouver, Sarah Sidhu of Port Moody, Cameron Stoltz of Prince George and Jackie Tegart of Ashcroft

Mr.  Wilkinson stepped down from his post following the fall election which returned the NDP government of John Horgan to power, the fall results giving the Premier a four year majority mandate.

So far there have been no official candidates announced towards seeking the leadership, nor has a date been set for the selection of the next party leader.

Shirley Bond the Prince George MLA and a long serving BC Liberal has taken on the duties of Interim leader of the party during the leadership selection process.

Mr. Silversides a Prince Rupert lawyer was a past member of the 2017/18 rules committee for the last leadership election, he is currently the acting president of the BC Liberal Party.

The full statement from the BC Liberals can be reviewed here.

For a wider overview of the provincial political scene see our D'Arcy McGee blog and our Victoria Viewpoints feature.