Residents of the North Coast who have an old washer, dryer, fridge, stove or other large home appliance kicking around have a great opportunity at the moment to get rid of their clutter.

That with a new program currently in place at the Kaien Road Recycling Centre in Prince Rupert's Industrial Park.

In a change from past practice, North Coast Regional District has announced that dropping off such household materials will no longer require payment of a fee, with the Recycling centre now accepting all major appliances Free of charge. 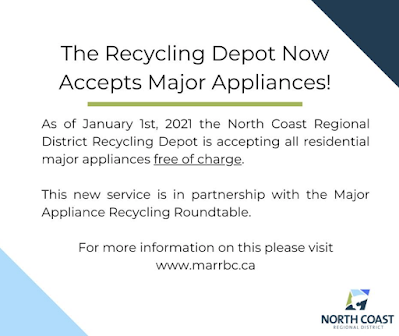 The program which went into effect at the start of the year is part of a partnership with the Major Appliance Recycling Roundtable.

That organization is a not-for-profit stewardship agency created to implement and operate a stewardship plan for end-of-life major household appliances in the province of British Columbia (BC) on behalf of the major appliance “producers” who are obligated under the BC Recycling Regulation.

The MARR plan is focused on enhancing the performance and transparency of the existing market-based system of collecting and recycling major household appliances in BC.

Learn more about the program here. 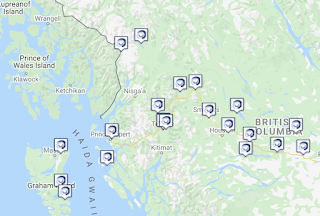 The Prince Rupert Recycling Centre is just one of a number locations across the Northwest where the Free Drop off program is now in place, you can access the one in your community here.

Our past items of interest can be explored here.