Prince Rupert Seamen add to their list of honorary members 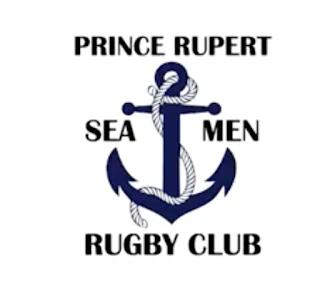 Prince Rupert's Seamen Rugby club have saluted a number of people both local and from afar who have helped to build the sport and the local Seamen Rugby program in the community.

In a Social Media post the Club has added four names to the list of honorary club members hailing the work and support of Sandra Jones, Robin MacDowell, Wade Lavallee and Sean Duke.

In their information notes, the Club outlines how Ms. Jones was instrumental in assisting with the start of the Charles Hays Senior Secondary program.

Robin MacDowell who is an elite and development coach has worked with the youth of Prince Rupert in development of the sport.

Wade Lavellee, who is a member of the Cree First Nation from Saskatchewan is coach and captain of the Thunder Youth Aboriginal Rugby program and he connected with local athletes in 2020.

Sean Duke brought some national team experience to the local club during his time in the city in 2019 he also has donated materials to the club for the use of the members.

The four new honourees join Clay Panaga, Barbara Mervin, Crosby Stewart, Cam Wilton and Jake and Louie DeBrusk who were made honorary members in years past.

The full overview of the honorary members of 2020 can be reviewed from the Prince Rupert Seamen Facebook page, which provides updates on the growth of the sport in the community.

Past notes on Rugby in Prince Rupert can be reviewed here.