Those with an interest in the plans for development of Wind energy in the Hecate Strati area have nine more days to offer up any comments that they may have for a proposal from Northern Power BC.

The current application for licence is for investigative activities related to a site along what is called the Dogfish Banks of Hecate Strait off the east coast of Northern Haida Gwaii.

In the application details listings it's noted that:

The total project area requested is ~4410.21 hectares and is offshore, accessible only by boat. The meteorological mast is the only infrastructure proposed at this time. Northland Power has obtained ownership of all previously completed studies on the site as well. Northland power wishes to continue investigative activities in the area, and explore the potential for a future windpower development application. 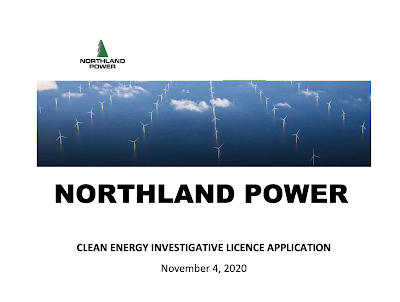 As part of the eleven pages of documentation on their proposal, Northland Power which is a Canada energy development company, they outline some of their success in the field of offshore wind development and the opportunity they believe is available in the area under study.

The proposal comes after Northland Power acquired Oceanic Wind, which was formerly known as Naikun which they note will no longer be involved in the proposed develpment.

Northland has chosen to make their own application for a licence of occupation to allow them to provide further details towards their approach for working with the Haida Nation.

Northland Power is committed to collaborating with the Haida Nation to build a long-term trusting and mutually beneficial relationship based on the values of honesty and integrity, trust, inclusion, transparency, respect and accountability.

The documentation for their application can be reviewed here.

You can learn more about the proposal and submit a comment if desired from the BC Government information page.

The comment period will come to a close on January 27th 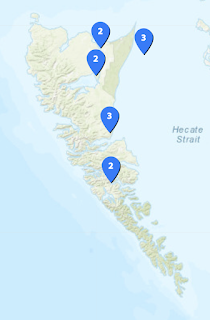 The Northland BC Proposal is one of four Wind energy proposals currently listed in the government's data base.

For updates on past Wind Energy proposals see our archive page here.