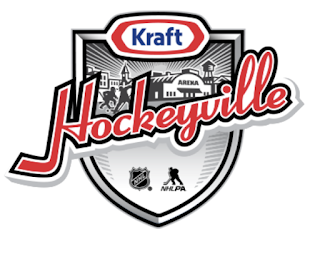 With a new NHL season having hit the ice, the annual competition to discover the next Kraft Hockeyville is now underway, the popular community building project one that attracts interest from across Canada.

The lure of funding for local rink improvements and a chance to one day host an NHL game stoking the imaginations of many and making for a wide range of creative approaches to gain votes.

The competition now in its 15th year got underway at the start of January, since the porject first was created back in 2006, arena upgrades have come  to communities across the nation, among them Terrace, which was named Hockeyville back in 2009.

For the 2021 edition, the path forward looks like this.
With the first phase underway now with nominations and community message making currently the focus from coast to coast to coast ... except it seems in Prince Rupert, where so far, the quest for Hockeyville is still quite muted. 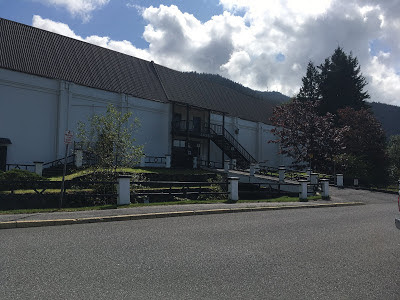 As of today, the Kraft Hockeyville website continues to note that the Jim Ciccone Civic Centre still needs a nomination. 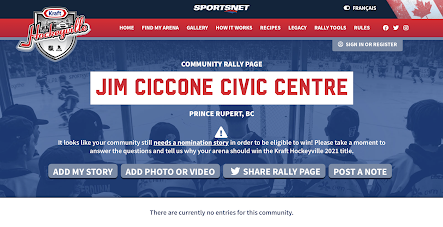 To get things rolling, those in Prince Rupert with an interest in chasing the puck can explore the community page options here.
You can follow the competition from the Kraft Hockeyville website.
The nomination period for this years competition comes to an end on February 14th
For more CommunityNotes on the North Coast see our archive page here.
Posted by . at 10:08 AM