Another Pacific front is forming off to the west of Haida Gwaii and as it progresses east bound and round of wind is on the way with the North Coast and Haida Gwaii, which along with the Central Coast have now been put under a WIND WARNING.

The Main focus for the Wind event will be tomorrow afternoon and Thursday as the main part of the system makes its introductions.

Along with the Wind will be another round of rain on Wednesday, with a brief respite expected Thursday before more Rain and even the possibility of Snow flurries make for the exit of February later this week. 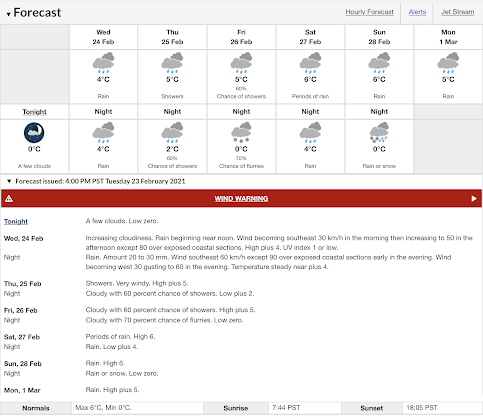 For mariners the latest weather update makes for a STORM WARNING for area waters, with Winds Increasing to SE60 knots by tomorrow afternoon, diminishing to Westerlies at 35 knots by the evening. 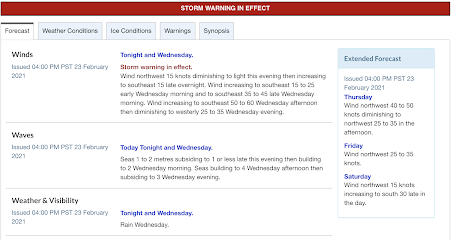 You can access updates to the Forecast from the Environment Canada website.
More notes on past weather events can be reviewed here.