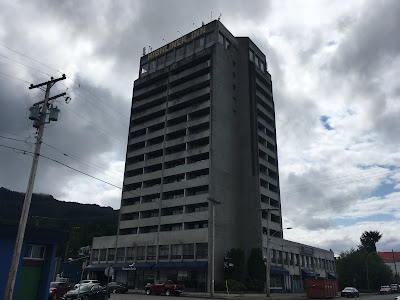 The city's tallest structure and one of the most iconic of buildings in the downtown core has changed hands with the Highliner Plaza Hotel and Conference Centre now reportedly leaving the portfolio of the Aquilini Group and shifting into local ownership.

CBC Daybreak North's Carolyn de Ryk was the first to confirm the recent rumours of ownership change for the downtown hotel and conference centre, sharing word through social media this morning.

And while the hotel with the spectacular views of the Prince Rupert harbour is still listed on the Aquilini website, it won't be long before the listing shifts to the holdings of James and Corrine Warburton. 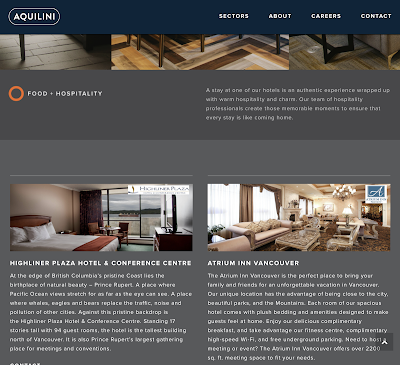 The Warburton's have been busy in recent years accumulating local properties and turning them into rental or commercial ventures, among the list of notable makeovers.

The Ridge Hotel and Suites, which has returned the old Neptune Hotel back to a functional eatery and accommodation on Chamberlin Avenue on the City's East side.

Their plans for the former Neptune made for some discussion back in May of 2019 as City Council reversed its original plan to have Senior's housing be developed on the site.

They also own and operate the First Avenue Executive Suites, located just down the road from their latest purchase.

The couple also own downtown office space, with the Eidsvik building.

No details as to the purchase price for the latest acquisition have been released.

For more notes on the city's commercial sector see our archive page here.