The long delayed, much anticipated rejuvenation of the Fraser Street area should finally see some forward movement tonight, with Prince Rupert City Council set to receive a report from the City's engineering department.

The review of the proposed work to be done will be presented by Engineering coordinator Richard Pucci, who will outline for Council the first stage of the project, which will include a recommendation to accept a bid from Adventure Paving, which has pegged the work to be done to have a cost of $1,185,228.56.

That amount is slightly over the approved budget for the project and provides for an 80,000 dollar shortfall, something which the Engineering Department recommends be funded by using the Gas Tax Fund.

The recommendations to council come as part of a review from the Engineering Department and McElhanney Consulting Services, which outlines the work to be required under the Fraser Street Rehabilitation Project.

At completion, the work ahead will provide for a rebuild of the road base, sidewalks, curbs and gutters which have all deteriorated over the years.

As well, the sewer system in that area is considered to be in the poorest condition of any in the city.

In his report, Mr. Pucci notes that the Fraser Street concerns are at the top of the City's list under its 10 Year Capital Plan and has been noted in the past is now behind schedule.

You can review the report from the City Council Agenda for this evening here, it can be found on page 14 of the document. 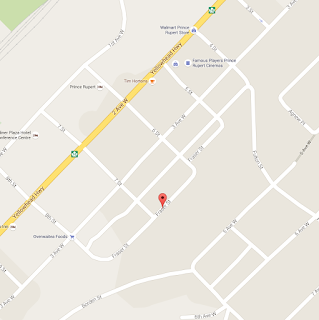 Work on Fraser Street was first considered a few years back, deferred at the time owing to the city's financial situation, though it did make for a timely topic during the November election campaign.

Following the review of the report, Council will vote on whether to approve the recommendations and move forward with Phase One.