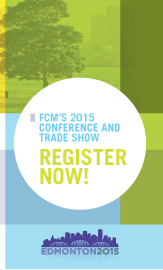 The Mayor will log some more travel miles in the month ahead, as Mayor Brain sets his compass for Edmonton and the June gathering of the Federation of Canadian Municipalities.

The Mayor shared his plans with Council on Monday evening, noting how it will be the first time in seven years that a representative from Prince Rupert has attended the annual gathering.

The Mayor has had a fairly busy travel agenda since taking office in December.

Among some of the snap shots of his travels,  Civic business concerns in Vancouver and Prince George, as well as a trip with the City Manager to Houston to discuss the Tuck Inlet LNG project,

During the provincial budget preparations  he travelled to Victoria to meet with provincial officials.

There was also a visit to the nation's capital again with the City Manager, where the pair discussed the City's LNG GO plan with federal officials.

The Mayor led a delegation to Juneau to take part in the Southeast Alaska Conference, as well as taking part in the NCLGA gathering in Prince George.

A little closer to home, The Mayor and some members of Council will be off to Terrace in mid June for housing Forum.

As for the Edmonton conference, the three day conference and trade show will take place from June 5th to 8th, with more than thirty workshops and industry led seminars and study tours to take part in.

You can review some of the planned events for the conference here.

In his comments to Council of Monday, the Mayor noted the opportunity that the conference will provide him to re-connect with the national network of municipalities, as well as to meet with ministers and other officials that the city does business with.

Email ThisBlogThis!Share to TwitterShare to FacebookShare to Pinterest
Labels: Mayor Brain to travel to Edmonton for FCM in June