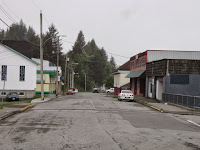 September 1st is the target date for completion of phase one of the City's Fraser Street Rehabilitation Project, that according to the City's Engineering Coordinator Richard Pucci, who provided City Council with a timeline for the project on Monday evening.

Mr. Pucci, provided some background on the long delayed project, noting that it is at the top of the City's Ten Year Capital plan and that the infrastructure of the street is in poor condition and in need of major work.

He then offered up some notes on the two bids received for the work for Phase One, with a recommendation to Council that Adventure Paving be awarded the contract for the work to be done, at a bid of 1,185,228.56 dollars.

An amount which will result in an 80,000 dollar budget shortfall for the project, something that Mr. Pucci recommended be absorbed through the use of the Gas Tax Fund.

He noted that the City would seek to work with the proponent to find cost saving opportunities related to the work to be done.

After a short discussion, Council moved to adopt the motion and award the contract to Adventure Paving.

The project is scheduled start by June, with a completion date of September 1st.

Phase one is to take place in the section near the Salvation Army area of the Fraser Street neighbourhood.

When the time to consider Phase Two comes around, that area of work will take place at the western end of Fraser Street near the Fishermen's Hall.

You can review the Engineering Coordinator's presentation to Council through the City's Video Archive, his review runs from the three minute mark to the five minute mark

More background on City Council discussions can be found on our Council archive here.