The Highway of deleted information 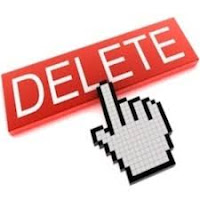 We imagine that when North Coast MLA Jennifer Rice made her first inquiry about the status of some correspondences between residents of Highway 16 and the Ministry of Transportation, the twist of the story that Thursday brought probably wasn't a scenario that might have first come to her mind.

The revelations of a former staffer and with them the accusation of tampering by a political staffer in the Ministry of Transportation Office with what could surely be considered key information on the file, is a fascinating turn of events.

Just the latest chapter in what has become a long running quest for North Coast MLA Jennifer Rice, who has been seeking to find out information related to meetings on Highway of Tears issues for months now.

The incident in question is reported to have taken place in November of 2014, when as former Transportation staff member Tom Duncan alleges in a letter to the Privacy Commissioner, a superior ordered him to destroy a number of emails related to the Highway of Tears issue.

As Mr. Duncan alleges, when he hesitated to do so, his superior took his keyboard and deleted a number of files from email correspondences on the theme of Highway of Tears.

Mr. Duncan, who it appears was still troubled by that act in the New Year, then recounts for the Privacy Commissioner of a January 2015 conversation with another political staffer, who called upon the script lines of a popular political television show of the mid 1990's  as the  apparent guiding principle on the topic ...

"It's like in the West Wing. You do what whatever it takes to win".

An interesting, if rather disturbing approach to government and public service, particularly when it comes to an issue that has long dominated the British Columbia news and still requires long overdue action from the provincial government.

Of larger concern however, is the nature of the act and how it took place after a request had been made through the Freedom of Information process, where procedures are in place to protect such information.

Ms. Rice has raised the issue of the missing documentation with Transportation Minister Todd Stone in the past, outlining her frustrations and the need for her eventual use of Freedom of Information process to try and track down the discussion points between Ministry officials and residents along the highway.

Discussion points, which if the timeline of Mr. Duncan is correct, had at the time of her comments in the Legislature been long since deleted.

In the wake of the revelations of Thursday afternoon, the North Coast MLA called the situation a complete slap in the face for the families of the missing and murdered women of the Highway of Tears.

"I am utterly appalled that the BC Liberals would go to such lengths to hide information about the Highway of Tears. This has huge implications as to the government’s failure to address the real life safety issues for women who are traveling on Highway 16. This blatantly shows how the BC Liberals are disrespecting the memory of each woman who has gone missing or been murdered along the Highway of Tears.”  -- North Coast MLA Jennifer Rice on learning of the deletion of information that had been requested through the Freedom on Information process.

With MLA's now finished with their Legislature duties for the summer, most of the inquiries and background requests on the deleted e mails will play out through the media and not through the usual platform of Question Period, a place where Ministers and the Government are held accountable.

Still, it would seem it will be hard for the Liberal government to duck and deflect this issue, the shocking accounts of alleged pre-meditated destruction of information will make for the theme for much of the summer.

While the mystery the of status of the missing information is now apparently solved, larger issues clearly remain.

As it always is when someone takes moves to hide information (in this case allegedly destroying it) has made for a situation that now leads to many, many more questions.

One imagines that at the top of that list might be the question of "What else have government or public service officials deleted over the years"?

Or perhaps a wider ranging concern of, "Is there a culture of such behaviour entrenched with the Government's ministries"?

Privacy Commissioner  Elizabeth Denham issued a media release on Thursday, advising that her office is now investigating the allegations, her findings will make for the next chapter in what would appear to be a disturbing abuse of procedure.

“On May 27 my Office received a letter outlining serious allegations of destruction of records by individuals within the Office of the Minister of Transportation and Infrastructure. The letter outlines an account where records responsive to an access-to- information request were willfully and deliberately deleted.

“My Office has been in touch with the individual who raised these allegations, and I am now determining next steps in an investigation under section 42 of the Freedom of Information and Protection of Privacy Act.” -- Part of a statement from Privacy Commissioner Elizabeth Denham on Thursday regarding alleged destruction of records

The Commissioner's findings related to the deleted emails when delivered, will land at the doors of Transportation Minister Todd Stone and Premier Clark.

Making for yet another situation that requires immediate action on the part of a Liberal government that has for far too long looked to deflect the need for action when it comes to the Highway of Tears.

The House may not be sitting through the summer, but the political temperature it would appear is only going to get hotter for the Premier and her Minister.

Something that won't go away with the stroke of the delete key.

More background on the work of Ms. Rice on the Highway of Tears issues can be found from our archive of items from the Legislature.

Email ThisBlogThis!Share to TwitterShare to FacebookShare to Pinterest
Labels: Highway of Tears emails