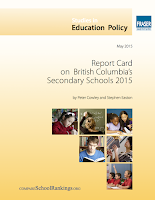 It's report season at the Fraser Institute, with May delivering the latest review of Secondary Schools by the Vancouver based organization.


Using test data and other indicators from 2014, the at times controversial approach to reviewing academic and performance standings brings a mixture of findings from the Bulkley Valley to Haida Gwaii.

For the North Coast and Northwest, the results with the exception of two schools, for the most part find the remainder of the region's secondary schools providing for a mixture of placements in the Fraser Institute listings.

In Prince Rupert, Charles Hays Secondary received a mark of 3.7 out of ten, much the same as the year before, down from the 2012 high point of 4.1 over the five year trends.

The Charles Hays Graduation rate is listed as 94.2 per cent, with the delayed advanced rate listed as 39.9 per cent.

You can review the breakdown on Charles Hays below 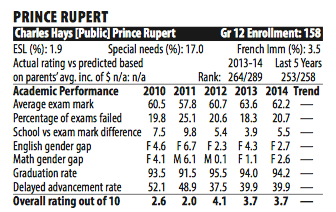 A look across the rest of the Northwest and over to Haida Gwaii provided a range of results as well.

Of those, Bulkley Valley Christian in Smither delivered the best results, listed at 8.4 out of ten, 24th out of the 289 spots.

The school which features a Grade twelve enrolment of 23 students graduated 100 percent of its class, with an average exam mark of 75.8 per cent. 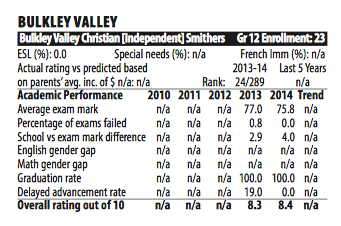 From that perch of number 24,  the rest of the North West and North Coast were a fair bit down the listings, with the Bulkley Valley finding the most consistent numbers of the region.

Smithers and Houston schools were in the mid range, with overall rankings of 6.5 and 5.8. 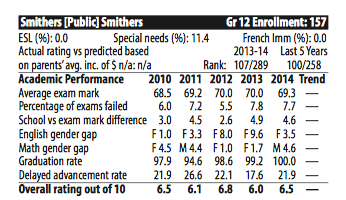 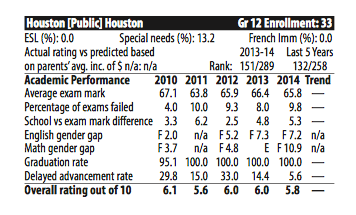 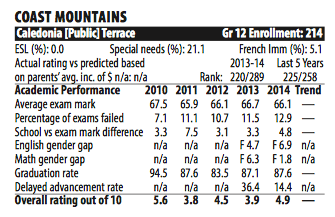 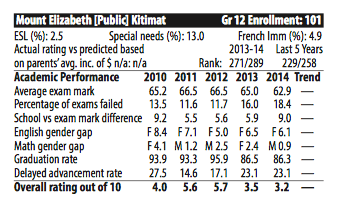 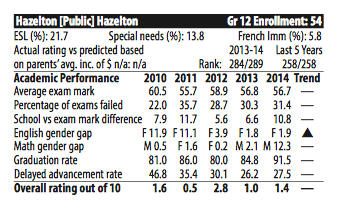 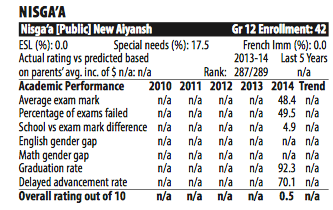 On Haida Gwaii's there was incomplete data available for George M Dawson which has 30 Grade 12 students enrolled. 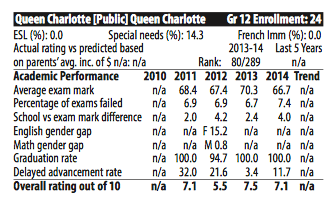 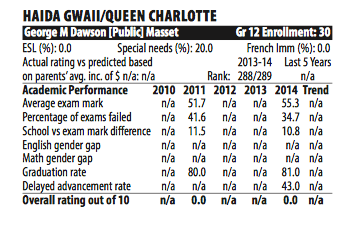 The listings across the region look as follows


The full report from the Fraser Institute can be reviewed here.

Background on how authors Peter Cowley and Stephen Easton assembled their data and put it to use can be reviewed from pages 1 to 9.

The overall provincial listings can be examined on pages 33-36, while regional findings can be reviewed by way of the main report, broken down by areas of the province.

Previous reports from the last two years can be examined below:

For more items related to education on the North Coast see our archive page here.