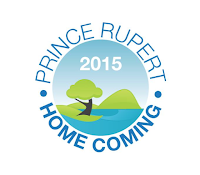 As returning Rupertites continue to re-connect with their past and review some of the change to the community that they have moved on from, we offer up an archive of sorts of some of the events of the week to this point.

The compilation features items related to some of the planning for the weekend and the notes from the community event as it launched on Thursday and carries on through the weekend.

Included in our review, some video items from CFTK TV, as well as a couple of interviews from CBC Radio, which took on the Thursday launch of Homecoming as a featured attraction for their broadcast day in the Northwest.

We also feature our own observations leading up to this weekend, as well as other items of interest that we've discovered along the way.

For up to date notes as the weekend has been moving along, check out the Homecoming 2015 Facebook page, which has been providing updates on events from the planning phase right up to registration day on Thursday.

Email ThisBlogThis!Share to TwitterShare to FacebookShare to Pinterest
Labels: Homecoming Archives for 2015