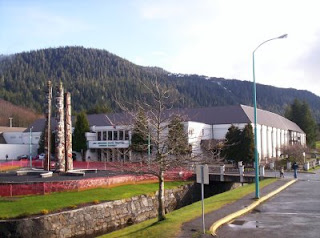 Local users had opportunity for their first skate of the year on Wednesday, with the various groups that use the Civic Centre now at least able to schedule practice sessions and games.

The Rampage, like those in minor hockey and figure skating had been scrambling to find practice time outside of the city, for the CIHL squad a trip to Kitimat for a few sessions helped get them ready for the upcoming season.

Because of the ice issue at the Civic Centre the Rampage has been forced to play the front part of their 2012 CIHL season, five games in total, on the road.

As we outlined last month, further repairs will be required in November as a permanent solution to the Civic Centre's woes will be put in place, the estimated cost of the new refrigeration unit is somewhere around 120,000 dollars. The temporary repair was set to cost roughly 15,000 dollars.