The prospects of LNG development on the North Coast are moving forward, with the BG group making plans for local consultation with residents of the north coast for later this month, the next step in what could be a major boost for the local economy.

And when locals gather to discuss those prospects, there will be a familiar face helping to guide the conversation.

Sharp eyed readers of home delivered mail will make note of the names on the back the recent brochure mailed by the BG group, which features Herb Pond as the local contact for the organization, listed as Community Relations Advisor.

The four page brochure introduces the BG group to North coast residents, outlines the key points of the proposed project planned for the Ridley Island area and explains what Liquefied Natural Gas is, as well as offer ups its response to any of the safety and security questions that local residents may have. 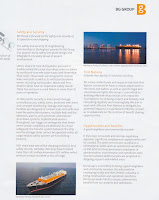 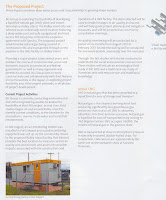 The mailing also touches on the history of the company and declares its respect for First nations in the region. As well, in a region that still suffers from high unemployment, the BG brochure offers up the tempting prospect of between 400-600 jobs when operational, with 3,000 jobs to be created for the construction phase.

No doubt welcome news for a community still struggling with its economy despite the growing importance of the Port of Prince Rupert.

Mr. Pond, a renowned civic booster, former city councillor and two term mayor of the city (2002-08) and who most recently as the unsuccessful Liberal candidate for the Provincial Legislature in the last election, will no doubt put his various public relations skills to work for his new employer. An impressive coup for the company considering Mr. Pond's various contacts both local and provincial.

He has in the past taken up his challenges with great passion and while some of his plans didn't pan out as he may have hoped, no one could ever say he didn't give full effort in his pursuits. Most we imagine would say that he had nothing but the best interests of the City and region when he pursued them, whether as Mayor or as the Liberal candidate in the last election 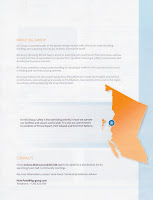 It will be quite interesting to see how he transfers his local knowledge of the region and the contacts he has around it towards the completion of what would be a major project for the North Coast, providing a local face to the plans of a large world player in the LNG industry.

The BG Group/Spectra Gas project is the second major LNG related project considered for the North Coast, Petronas a major LNG corporation from Malaysia also has its own terminal plans in the incubation stage, making for a mini gold rush of sorts for LNG on the north coast these days.

Most recent media items on the project can be found below.