"This seizure comes as welcome news for families and communities across Canada. I commend the CBSA on this significant seizure of precursor chemicals, and for successfully preventing harmful drugs from finding their way to our streets and communities." -- Statement from Public Safety Minister Vic Toews on the announcment of a significant chemical seizure at Fairview Terminals


The efforts of the Prince Rupert office of the CBSA have taken a large volume of chemicals out of the hands of illegal drug manufacturers, after a major seizure at the Fairview Terminal.

The seizure of over 14 tonnes of precursor chemicals, which are used in such illegal drugs as methamphetamine, ecstasy and date rape drugs, was the largest confiscation of illegal chemicals in the port's history. 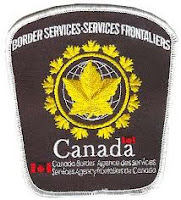 The chemicals were found in 552 jugs which had been shipped from China by container, the shipment had been disguised in shipping declarations as glycerin.

The success of the CBSA at Fairview Port is being heralded by the government as a significant step in the nation's Anti Drug Strategy, as outlined a statement from the Public Safety Minister Vic Toews.

As word spread of the major seizure at Farivew, a variety of news services picked up on the story.

The local newspaper the Northern View provided this submitted report to their website on Wednesday.

Some of the other reports from across North America can be found below.