With the town still talking about the significant seizure of chemicals this week by the CBSA at Fairview Terminals, the Prince Rupert detachment of the RCMP had an update of their own to make regarding drug enforcement efforts in the city.

Thursday, the RCMP outlined the details of the execution of a warrant Wednesday evening, that resulted in the seizure of 135 marijuana plants and the taking into custody of a Prince Rupert resident. 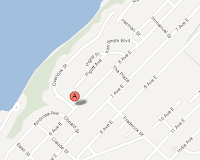 Members of the Prince Rupert RCMP's General Investigation and Crime Reduction Units conducted the investigation and executed the warrant at a residence in the 1300 block of Overlook Street.

The investigation of Wednesday marks the second search warrant executed this month into marijuana grow operations in the city.

The previous investigation took place on October 2nd, in the 800 block of Comox Avenue in the city.

Details of the Wednesday night operation were provided to the Northern View in this contributed release.