A long night at the airport 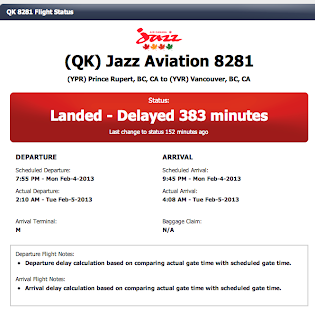 Monday night proved to be a rather lengthy transit time for passengers of the Air Canada Jazz evening flight out of Prince Rupert Airport. By the time they reached their Vancouver destination, travellers would have spent nearly eight hours passing the time at the Prince Rupert Terminal.

The 7:55 scheduled Departure time for flight 8281 was repeatedly pushed back through the night, with a final gate departure reported to be 2:10 AM Tuesday,  arriving in Vancouver of 4:05 AM. 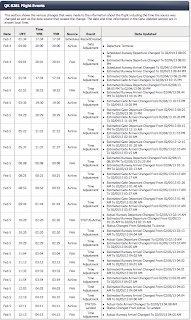 However a passenger on the delayed flight advised via twitter, that Mechanical issues with an inbound flight were the reported cause of the delay, requiring Air Canada to send up  a second aircraft to retrieve the waiting passengers.