For the BC Job Fair caravan, the road does go west after all!

When we last left the folks from the BC Jobs Plan and their Canada Starts Here program, the here of the Job Fair project it appeared was Terrace, as that Northwest community had been offered its second Job Fair in less than six months.

Since our post of December however, it seems that the travelling road show folk have found a map that charts a path westward to the coast, as Prince Rupert is now pencilled in for one of the much anticipated Job Fairs for March 22nd. 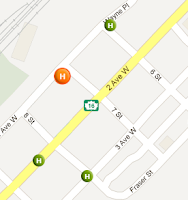 The one day exhibition of job opportunities will take place at the Highliner Plaza Hotel on First Avenue West, running from 11 am to 6 pm.

The Job Fair presentation will arrive in town after a roll through the Central part of Northern BC and the Northwest, that will have taken the travelling road show of job opportunity from Prince George to Smithers and Terrace.

As past events elsewhere have shown, the Job Fair concept has been well received in the other communities that it has arrived in. Offering up information on not only on companies and employment opportunities, but providing details of the requirements for jobs not only in the Northwest, but province wide.

In some cases, the sessions have offered participants the chance to make that valuable first impression with a potential employer on the spot.

Past events have also featured sessions with post secondary education advisors, who have provided detailed background on the education required and available, to obtain some of the high profile jobs currently on the job market.

We imagine that as we get closer to the March 22nd event, more information will be coming our way as to what may be available to Prince Rupert job seekers.

But for those that like to keep up to speed on the latest developments, the BC Job Fair organizers have a twitter feed with daily updates on what participants might expect to find, you can access that feed at #BCJobFair.

You can also learn more about the Job Fairs from the BC Jobs Plan website, which offers up tips and further information to make the best of your Jobs Fair experience.
Posted by . at 11:51 PM

Email ThisBlogThis!Share to TwitterShare to FacebookShare to Pinterest
Labels: BC Job Fair 2013 schedules a Prince Rupert stop for March 22