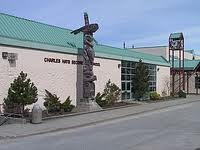 The boys basketball program at Charles Hays has found success on the court in both the boys Junior and Seniors divisions, with both versions of the Rainmakers qualifying for provincial tournaments over the last few weeks.

Last week it was the Junior Boys and Girls who claimed the Northwest Zones championships, destined now for a trip to the Lower Mainland for the Provincial championships.

This weekend past, the Senior Boys claimed their own Northwest Zones banner, with a weekend of victories over Smithers Secondary.

The Senior Rainmakers now head for Kamloops and the AA Provincial Championships.

Unfortunately, the Senior Rainmaker Girls won't be making the trek this year, the Senior Girls lost some close contests over the weekend in Terrace, as the Caledonia team claimed the Northwest Girls Zone championship and secured their place in Kamloops.

As for the tournament bound squads, travel plans are in the making with departures fast approaching.

The Junior Girls are heading off to Langley for the Provincial Championships, that tournament gets underway March 6th and wraps up on March 9th.  Full details on the Telus Junior Girls Tournament can be found from the tournament website.

The schedule for the Junior Boys tournament can be found here,

The Senior Rainmakers have their first game scheduled for Wednesday, March 6th at Thomson Rivers University, with a tip off time of 5 PM against top ranked Holy Cross of Surrey.

You can follow the Senior Boys from the British Columbia High School Boys Basketball Association's website which has full details on the Championships.

The Double AA tournament schedule can be found here.

All of the tournaments run until March the 9th.

On line video streaming of selected games will also be available on the SportsCanadaTV streaming service.

The Junior and Senior Boys games can be found from this link.

With the Prince Rupert squads preparing for the provincial championships, we'll offer up updates on the results and events surrounding the tournaments below.
Posted by . at 9:27 AM