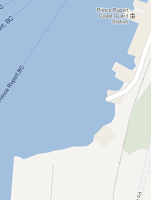 The Port of Prince Rupert is in the midst of a remediation effort on the Prince Rupert waterfront, after vandals compromised some decommissioned electrical transformers, resulting in a fluid leak.

The efforts to address the environmental clean up began on Thursday, as Port Authority staff became aware of the situation and took the lead in the process of addressing the fluid leak.

Western Canada Marine Response Corporation is on the site to contain the waterborne contamination, while Quantum Murray, a hazardous materials firm from Richmond, is handling the land side portion of the clean up effort.

The vandalism incident is currently under investigation by the RCMP and is considered to have been a criminal act.

The full review of the incident and the response to it can be found on the Prince Rupert Port Authority website.

The Prince Rupert Port Authority issued an update on the situation on Sunday morning, outlining the work done to control the fluid leak, a process that was completed early Saturday evening.

The encapsulation process on the fluid leak insulates the source of the contamination from coming in contact with rainwater, and slows or stops the leeching process into the environment.

The use of absorbent pads, water skimmers and floating booms has been part of that process.

The full account of the steps taken to address the situation can be found on the Port Authority website.

The Prince Rupert Port Authority outlined the wrap up of the incident near Fairview Terminals with this press release, issued on Wednesday morning. Addressing local concerns over possible PCB contamination and reviewing the steps taken since first notified of the situation on the Prince Rupert waterfront. The remediation efforts on the site will continue for the next number of weeks ahead.

Items of note from the media on the topic:

Email ThisBlogThis!Share to TwitterShare to FacebookShare to Pinterest
Labels: Vandalism leads to environmental clean up north of Fairview terminal