As we head into the final day of campaigning before tomorrow's General Voting Day for Municipal and School Board races, a few notes to give some thought towards when it comes to leadership.

Earlier this week, while doing a little municipal election research, we stumbled across a letter to the editor for an out of town newspaper.

It's a contribution to the political dialogue that provides some interesting themes on just what it takes not only to win that first election, but to enjoy a long time of service on the municipal scene.

The correspondence making for a tutorial of sorts as to the kind of skills required to make sure a candidates message is heard and votes are secured.

We approach our look at this out of town contribution to political science, in the form of a question as though part of an episode of Jeopardy, complete with a few hints to help you put together the final answer.

Pencils and Pens ready, it's time for the three hints on what makes a leader.

The three listed below, and culled from the letter,  outline some of the leadership traits that will help deliver you to the correct answer.

1)  always willing to listen, treating his constituents as friends and had a open door policy next to none.

2) visiting all the local business, talking to people on the street and giving a hello to anyone who made eye contact.

3) strong leadership and team building skills, supporting local business, being visible to the general public, a great salesperson with an open door policy, and most important, no back room politics.

Now you may be asking what those living in Prince Rupert and around the North Coast could possibly learn from an out of town correspondent on the theme of local leadership.

But it's at this point that the story takes a twist.

For while the letter was delivered to an out of town newspaper, the context has a very, very strong Prince Rupert connection

Our version of political Jeopardy ends with the final answer:


For the portrait of leadership 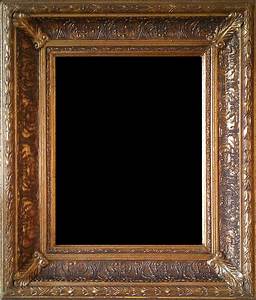 
For voters in Prince Rupert the polling booths open at 8AM tomorrow morning at the Jim Ciccone Civic Centre.

You will have twelve hours to do your civic duty and select the twelve names: six for Council, six for School District that you believe will best guide Prince Rupert over the next four years.

Will it be many of the same faces from the 2014 vote, or will there be some new additions to bring some different ideas to both City Council and the School District Board time and the voting inclinations of the public will tell that tale.

Check back late Saturday, as well as on Sunday for updates on the results and a look at the members of the respective council's that will take up the challenges of office through until 2022.

For a look back at the election campaign leading up to voting day see our archive page here.

Email ThisBlogThis!Share to TwitterShare to FacebookShare to Pinterest
Labels: Themes on political leadership