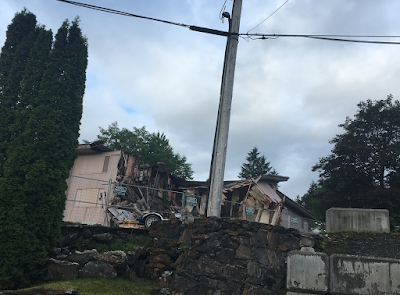 One of the apartment blocks overlooking Seal Cove isn't overlooking that scenic vista anymore, that after the boarded up and long closed to public building appears to have collapsed upon itself last week.

The Apartment building, which was the one closest to 7th Avenue East and Bellis Road was one of seven along Evergreen Drive on the city's east side,  the block in question had been vacant for over a decade, while the remainder of similar style buildings have remained home to residents. 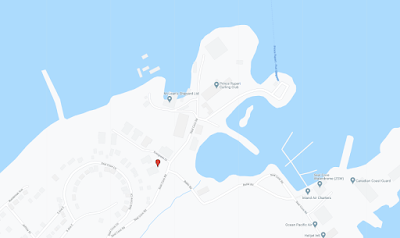 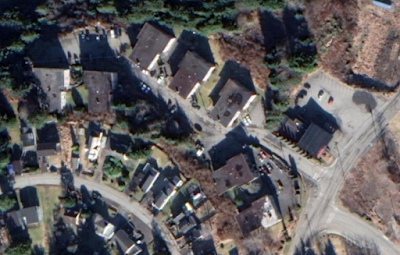 Fencing currently surrounds the site to keep the curious away from the site.

For more notes on housing in Prince Rupert see our archive page here.
Posted by . at 9:15 AM