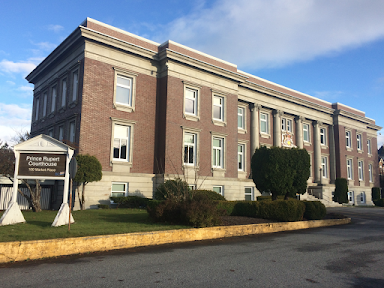 A once familiar face around the Prince Rupert Court House is among 26 British Columbia lawyers to join a select group, with Colin Forsyth part of this years announcement list released by Attorney General David Eby.

Potential candidates for the QC designation must be members of the B.C. bar for a minimum of five years and be nominated by their peers.

An advisory committee reviews the applications and makes recommendations to the attorney general.

There were 136 nominations submitted for an honorary QC title in 2020. Only 7% of practising B.C. lawyers can be awarded the designation of QC, at any given time.

The advisory committee was established by the attorney general to review nominations and make recommendations for Queen’s counsel appointments.

Mr. Forsyth accepted the position of Administrative Crown Counsel in Prince Rupert in 1995, a short biography of his work in the legal profession was included as part of the Tuesday announcement.

He now serves out of the Okanagan region.

You can review the full list of the 26 from this information release.

The British Columbia government has also appointed four new Provincial Court Judges and one new justice to help reduce the backlog of court cases that has developed as a result of COVID-19, learn more about those appointments here.